Browse: Home / Google Steps In To Fight Deforestation By Tapping The Cloud

Google Steps In To Fight Deforestation By Tapping The Cloud

By Krishnan Subramanian on December 10, 2009 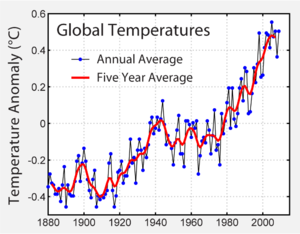 At Copenhagen, different governments representing many countries in the world are working hard to save, oops, finish off the world from with Global Warming. While the US government is struck inside the clutches of political pressures, some major industry players are stepping in to help fight off global warming using the advances in technology. Today Google announced one such initiative ward of dangerous levels of emissions from rapid deforestation by tapping into cloud computing.

Today, at the International Climate Change Conference (COP15) in Copenhagen, we demonstrated a new technology prototype that enables online, global-scale observation and measurement of changes in the earth’s forests. We hope this technology will help stop the destruction of the world’s rapidly-disappearing forests.

While it is vital to cut off carbon emissions from man made technology, it is also vital to stop the destruction of nature either in the name of modern technological development or desperation for survival in daily lives or irrational belief systems. Most of the deforestation happens in tropical nations and many of these nations don’t have the technological capability to monitor their forests. This is where Google is stepping in to help them using the technology they have.

They take the historical satellite data, collaborate with scientists from many different parts of the world where they study the forests, offer them the large amounts of data and the computing power which was unavailable to them till now (remember, my posts in the past where I have strongly advocated the use of cloud computing in scientific research because of its low cost and scale advantages), handle the high performance computing inside the Google Cloud and, finally, offer the results to the respective governments and international agencies for rapid action.

Even though high performance computing system were available for a long time since the mainframe era, it was tough for scientists to get access to these facilities. Unless they had some highly funded projects, they couldn’t tap into these powerful computing systems for analysis. Enter cloud computing, as I have argued many times in the past and, also, as per Google’s post on this initiative, scientists can now do things that were previously impossible or very expensive. The reasons include

These advantages of cloud computing could be easily channelized towards making an impact on the global climate change. Since it is a product coming out of Google.org, the technology will be available only to not for profit organizations. Even though they have the prototype available now, the general availability is expected to be sometime next year.

I don’t think we can trust our politicians and governments to save the planet but we, as responsible citizens and with the support of socially responsible businesses, can do our part in not only salvaging the planet but also unlocking the several billion dollar green industry that is left unexplored due to irrational belief systems.