This is part of my Startup Advice series.

I had a picture in the office of my first company with the logo above and the capital letters JFDI.  (In case it’s not obvious it’s a play on the Nike slogan, “Just Do It.”)  I believe that being successful as an entrepreneur requires you to get lots of things done.  You are constantly faced with decisions and there is always incomplete information.  This paralyzes most people.  Not you.

I spent nearly a decade building software for large companies and then advising companies on the same.  I didn’t have to make many serious decisions.  So I was surprised at the sheer volumes of decisions that had to be made when I became a startup CEO.  Most of them are completely mundane such as choosing which:  bank,  office space, 1-year lease vs. 2-year lease, logo, URL, pricing structure or which VC.

The technology team disagrees on direction and wants resolutions.  Your head of sales thinks she should fire somebody.  You need to decide whether or not to launch at TechCrunch50.  Somebody asks whether you plan to set up 401k’s and do contribution matching.  I think this paralyzes many people. 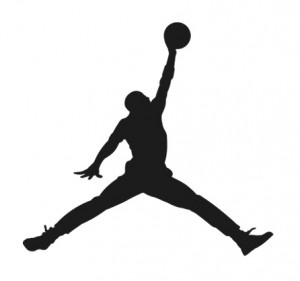 I learned quickly that I needed to just do things.  Yet I initially had a team full of people that seemed to either over analyze things or more likely wait for a higher source within the company to make the tough decisions for them.  You’re sales person is getting blocked by the CTO who says she shouldn’t go above him but the CTO isn’t approving the deal.  Should she take a chance and potentially ruffle feathers?

Yes, I know it’s my job as the CEO to be the coach for people and that’s fine.  But if everybody is looking for me to make their decisions we’ll never get anything done.  I felt like I had done the hard bit and chosen people that I truly respected and I would rather empower them to make decisions and accept consequences.

Sometimes you need to break some eggs to get things done so if that’s what it takes I wanted my team to go for it and I wanted to symbolize that it was OK with me.  I would far rather have some messes to clean up than to never have them cross the line trying.

So I took on the motto JFDI to symbolize this.  And I think my team did a great job and rose to the occasion.  Maybe it helps that I love controversy and pushing the boundaries so people felt it was OK for them to do it as well.

Another side of JFDI is finding ways to get stuff done that seem impossible.  Entrepreneurs have a way of doing that. Getting suppliers to accept terms that they said they never normally agree, getting accepted to speak on a panel when the conference organizer initially said “no,” getting people to moonlight for you until you have the cash to bring them on board.

A couple of quick stories / examples:

There’s a guy in Los Angeles that I met at several tech networking events.  He was a really nice and personable guy who had deep domain knowledge in an industry that he’d worked in for 10 years that is in need of technological advancement.  He wanted to be the guy who did it.  So we discussed his ideas several times.  I usually try to avoid getting stuck reviewing people’s PowerPoint decks (I get this request too often and frankly I’m already behind on my own work!) but there are some people you just take an (extra) liking to and want to help.  This was such a guy.

So over several months I went through a few iterations on his idea.  He was stuck on capital raising.  He wanted to know how to get started and “Could I intro him to a couple of local angels?”  One night after a DealMaker Media event we got 20 minutes together after the event ended.  I was blunt (warning: that sometimes happens with me) and told him not to bother and that I wasn’t prepared to help with angels.

“Why?” he asked.  I told him he wasn’t a real entrepreneur.  He looked stunned.  I said that he had been talking about doing this for too long.  He still had no website and no prototypes.  But “he didn’t have the budget to hire a developer until he had raised money!”

I said that was my point. “A real entrepreneur would have done it anyway.  He would have found somebody technical and inspired that individual to work for equity or deferred payment.  Real entrepreneurs are contagious.  They are filled with ideas and they get those ideas onto paper.  That paper can be in the form of wireframes or in the form of a PowerPoint plan.  Or worst case your ideas can be conveyed verbally.  But they GET THINGS DONE.  You have the skills and knowledge to do that.”

I walked away kind of feeling bad.  I don’t like to intentionally crush people’s hopes.  But I always view my job as being honest so that people don’t waste time, money or both if they’re ideas aren’t good or the positive execution isn’t likely.  But then something awesome happened.  He took my comments as a challenge.  He went out and found a developer and built a product.  He refined his business plan and he got commitments for $150-200k but needed some lead angels to commit first.  When he re-approached me he had a much better plan and he had a prototype!  I introduced him to some angels and his round was OVER SUBSCRIBED!

That is a true story.  I don’t know whether the entrepreneur feels comfortable with my saying who he is so if he does and he reads this perhaps he’ll put his details in the comments section.  But I  bring up this story for a reason. 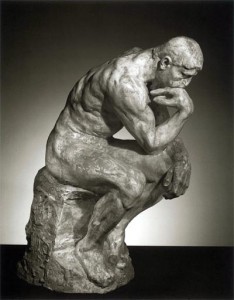 I used to sit on the board of a company (for which I DID NOT invest) with a very smart and very likable CEO.  This person was educated at the best US schools and had worked for a top-tier strategy consulting firm – one of the big 3.  The CEO led every board meeting with vigor and the board members (sans me) were always wowed.  The CEO had 60-page Powerpoint presentations analyzing every micro detail of the business.  The company had less than $5 million in revenue yet we had a multi-tab spreadsheet doing activity-based costing on our customer service staff, operations and technology.

We had every chart every invented by man (or McKinsey) showing failure rates of our product, mean-times-to-repair, detailed sales forecast charts, etc.  Charts.  What lovely charts!  I know they would have been very useful in dissected the woes of General Motors.  I was the only unimpressed board member.  I was the one pointing out that we were behind on our sales targets and our “Elephant Deal” that had been promised was 6 months late.

After a few board meetings I finally spoke up.  I was a bull in a china shop.  I said (out loud), “I sure wish that some of the time that went into these PowerPoint slides would have gone into meetings with the COO, CFO or CMO of [Elephant Customer].” The CEO had never met with any of them.

With a CEO that likable, smart, educated and accomplished it made board members squirm that I was willing to call bullshit.

I’m sure you know what happens next.  We missed our sales target by more than 66% for the year but we had great slides explaining why.  The next year we set the sales budget equal to the previous year’s sales budget that we had missed.  We missed the next year by more than 33%.  Nobody seemed shocked.  The company has burned through serious cash.  I complained the whole way.  It was not fun.  No “independent” board members seemed to care (or even comprehend the lunacy of the whole situation).

To this day I’m sure they see the situation differently.  Beautiful slides by top-tier consultants have hoodwinked large companies for years and I can see why.  They are intoxicating, complex, insightful and tell a great story.  But in the end they’re usually just that – a story.  Sometimes a fantasy.

I still really like this CEO and have deep respect for this person outside of the role of being a CEO.  The “Peter Principle” says that “everybody rises to their level of incompetency.”  Read this as some people who are great at analyzing to not make great doers and therefore do not make great entrepreneurs.  I think many VCs have learned this the hard way when they step in to temporarily run companies as I have seen happen.

The problem with the company that I described above was that there was somebody willing to fund ongoing losses and the board continued to believe that good times were just around the corner.  Maybe they’ll be proved right some day.  I certainly hope so.  But in the UK we used to call this “promising jam tomorrow.”  I was tired of jam tomorrow.  I left the board.  The company never JFDI.

8 responses to “What Makes an Entrepreneur? Four Letters: JFDI”