Does Private SaaS Make Any Sense?

By Krishnan Subramanian on September 23, 2009 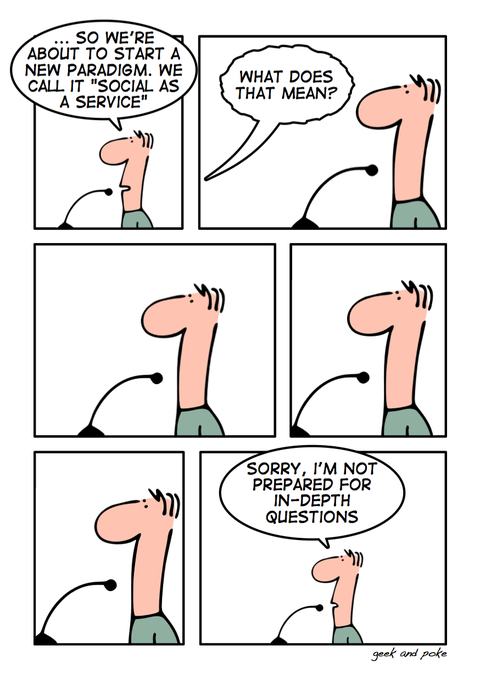 Last week, I had a twitter discussion with James Watters of Silicon Angle about the idea of Private SaaS. He is of the strong opinion that Private SaaS is meaningless.
Even though I share his opinion on it, I am not religious about having
multi-tenancy as the requirement in the definition of SaaS.

The biggest advantage of SaaS is the huge cost savings it offers due to
the multi-tenant architecture. However, enterprises are reluctant to
embrace SaaS applications due to concerns about reliability, security,
privacy, etc.. But, the other advantages of SaaS like low resource
overhead, centralized control of user applications, simplified security
and patch management, etc. are very attractive to the enterprises. In
order to capture the enterprise markets, some of the vendors are
shifting towards a Private SaaS approach.

This brings into focus the very definition of Private SaaS itself. I
would like to offer the following simple definition but it is bound to
get many pundits worked up.

Some of the advantages of this model are

Critics of this model offer the following valid criticisms

etc. I am perfectly agree with these arguments in support of a
multi-tenant approach but I also understand the concerns of the
enterprises with respect to the security and privacy of the data. News like the flaw in Google Apps allowing students to read other people’s email only makes it difficult to convince enterprises to trust public SaaS.

Some of the SaaS vendors are trying to solve this problem by taking
their SaaS applications inside the enterprise firewall or offering it
as a single instance dedicated to one customer. There is a good
response for such offerings from the enterprise side. This also brings
into focus the debate on whether private SaaS makes sense or not. As I
told in the beginning of the post, I am subscribed to the view of
multi-tenancy in SaaS because it offers a much better value to the
customers than the single tenant private SaaS model. However, similar
to the approach I took in the public-private clouds debate,
I am not going to be religious about the definition and I am willing to
let the market forces decide the winner. I am pretty confident that
just the economies of scale itself will ensure that the SaaS, as
defined in the multi-tenant public model, will win the game eventually.
However, if Private SaaS will make enterprise customers move from the
old fashioned desktop apps to browser based apps, I have no problems
with this approach either. As we mature in terms of technology,
especially on the security front, the multi-tenant SaaS model will win
out just like how the cloud economics will eventually ensure that most
of the computing is moved to the public clouds.

I know that many SaaS vendors are reading Cloud Ave blog. I would like
to hear from them about their or their company’s take on this debate.
Feel free to add your comments below.