Browse: Home / How To Make The Right Decision Without Seeing Every Option

How To Make The Right Decision Without Seeing Every Option 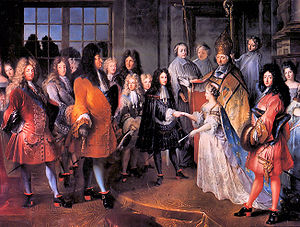 Here’s a fascinating little mathematical tidbit, courtesy of an entertaining article about the mathematics of gambling in New Scientist:

Suppose you are told you must marry, and that you must choose your spouse out of 100 applicants. You may interview each applicant once. After each interview you must decide whether to marry that person. If you decline, you lose the opportunity forever. If you work your way through 99 applicants without choosing one, you must marry the 100th. You may think you have 1 in 100 chance of marrying your ideal partner, but the truth is that you can do a lot better than that.

If you interview half the potential partners then stop at the next best one – that is, the first one better than the best person you’ve already interviewed – you will marry the very best candidate about 25 per cent of the time. Once again, probability explains why. A quarter of the time, the second best partner will be in the first 50 people and the very best in the second. So 25 per cent of the time, the rule “stop at the next best one” will see you marrying the best candidate. Much of the rest of the time, you will end up marrying the 100th person, who has a 1 in 100 chance of being the worst, but hey, this is probability, not certainty.

You can do even better than 25 per cent, however. John Gilbert and Frederick Mosteller of Harvard University proved that you could raise your odds to 37 per cent by interviewing 37 people then stopping at the next best. The number 37 comes from dividing 100 by e, the base of the natural logarithms, which is roughly equal to 2.72. Gilbert and Mosteller’s law works no matter how many candidates there are – you simply divide the number of options by e.

So, for example, suppose you find 50 companies that offer car insurance but you have no idea whether the next quote will be better or worse than the previous one. Should you get a quote from all 50? No, phone up 18 (50 ÷ 2.72) and go with the next quote that beats the first 18.

Much of life is set up like this hypothetical marriage game. Opportunities come and go, and if you don’t seize them immediately, you usually don’t get a second chance.
In response, many of us freeze up, paralyzed by the pressure of choosing.
This is a great way to use math to defeat the paradox of choice–simply apply Gilbert and Mosteller’s law, and act with confidence.