In the tech world in which everything is recycled, retooled, and spit out like un-digestible gristle, one often comes across the phrases such as groupware is “dead” or “email is dead.” Oddly enough these are euphemisms or perhaps more correctly the opposite: dysphemisms – the substitution of a disagreeable word for something that sounds better. Why ‘dead’ sounds better in technology is nuanced and jargonistic, but when it comes to technology terms it is better to be dead than boring.

There’s also a non-subtle reason for the phrase – some people want to be the first to write the epithet and obituary before a particular piece of technology of lessening relevancy goes into the netherworld. I’m not one of those people; however, I will say that most of my communication is not via email and I rarely find and discover information in documents these days, except when it comes to analyst reports, which are fascinating to me for a variety of reasons.

One report I love is called the Short Form, which is actually a treatise published at irregular intervals by David Dobrin – the president and founder of B2B Analysts. David has been covering enterprise software for 15 years and spent a long time immersed in enterprise technology. He also has a Ph.D. which he downplays a little but which also gives him some good street cred.  He’s a fellow member of the Enterprise Irregulars – a group that Dobrin highlights as a huge source of information and real-time peer review for his thoughts and his work.

We interviewed Dobrin for a special edition of the Gillmor Gang Enterprise. The first thing Dobrin notes is that social does not equal collaboration but that it has its formations in the earlier definitions. Dobrin breaks social into two camps:

He says both are nascent, but are imperative.

One of the benefits that coincides with the use of social enterprise tools is that one has more “friends.” Here the definition of friends is entirely flexible – as it is in Facebook. Dobrin likens this to academia. People have colleagues, associates, groups and so on who are working on similar efforts in different academic institutions. There is formal and informal peer review and there is knowledge creation and criticism that comes along with it. Friends in this case are the equivalent of colleagues. But sometimes colleagues are friends, even if they disagree on certain definitions and topics.

But outside of academia, this same process typically was internal to a corporation (if it happened at all). “Knowledge workers” pushed documents and there was an asynchronous communication around the document creation itself. This same peer review is happening in real time now, within groups and outside of groups. It is creating a new social dynamic. One of those reasons is that people have more friends or colleagues than they had in the past. If they don’t have more friends, they have more instant access to them. 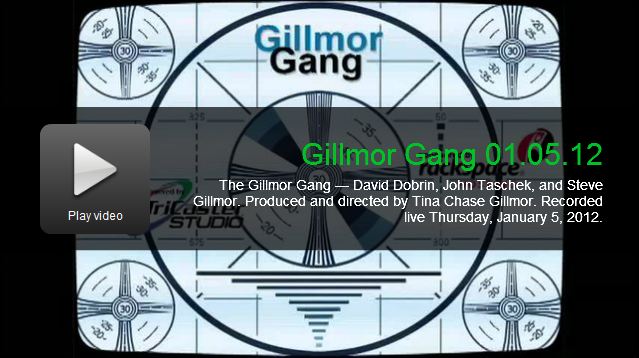 Dobrin articulated that most management styles originated in the 1920s, which were influenced by the communication necessities during World War I. The GMs and Fords of the world adopted the rigid hierarchy of communication because communication itself was expensive. Now communication is cheap – even free. It is the filtering of information that has become more expensive. This has led to dramatic changes in communication paradigms. Email itself is an offshoot of this – Dobrin says it is a colossal waste of time and yet he uses it more than ever before. Email itself comes from the same command and control paradigm – it is historically rooted in the memo and still carries with it the vestigial CC as a carbon copy meme.

But is email dead? Not really. It’s just less relevant. It is a poor substitute as an alerting mechanism for other activity streams. It is command and control. But it is a low common denominator. More importantly, email has become diluted as more time is spent on activity streams and other methods of communication and collaboration.

However, Dobrin cautions that activity streams are not always the immediate answer. Companies that are command and control in nature may be resistant to change, even as they are being changed from the groundswell. Companies that embrace it will have a much easier time. Once the activity streams have been mobilized as is happening now and they are tied into something actionable – integration into the business process in the enterprise or a flash mob perhaps in the social sphere, the activity stream ceases to be just a stream and command and control are reversed.

The video covers a lot of ground – much more than can be created in this archaic document.