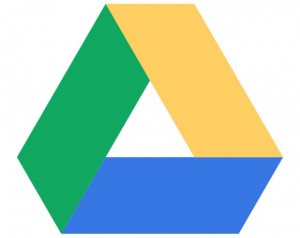 Starting yesterday, I’ve been receiving requests from people to share some of the content I have on Google Docs. Yesterday I also shared a link with a friend of mine, and he couldn’t access it. That puzzled me

I checked the last link myself, signed out, and tried again – I got a log-on. What? My publicly shared link wasn’t publicly shared anymore?
I checked a few other links that I’ve been publicly sharing for years without problems – I couldn’t access them, period

It appears that the announcement made by Google a few months ago, that Google Drive would absorb Google Docs, has entered a new phase? I asked around a bit and it seems limited to users in the Netherlands for now, but this isn’t the first time that publicly shared docs become inaccessible.

I know it’s a free service and all, but I can’t be bothered with having to answer emails about requests to share publicly available Google Docs. It looks bad on me, takes me time and energy, and isn’t anything I signed up for. And I simply don’t understand how you can break links for publicly shared docs

After the last time, I decided to move my top Google Docs to Slideshare where they can be viewed and downloaded without problems.
Anyway, I tried Google Drive, and went to mu public files – and was shocked. Only two files showed! From my private files, not even a dozen showed

I slightly panicked. Fortunately there’s a menu option in Settings that demeaningly mentions “Temporarily use the old look” and back they were (while the Google Bar and the caption in Docs itself still mentioned Drive) – somewhat. Some of the items now were labeled MyDrive as well, most weren’t. I tested some more. In Google Drive, items don’t all show unless you hit All Items. It doesn’t make any sense.
I expect all items that are not put in folders to show up under MyDrive – not all do. Files with identical sharing settings and of identical file type just behaved differently. In Google Drive. Once I went back to Google Docs, everything was fine again

Why? Has Google become so very sloppy? What is the point of copying new-kids-on-the-block functionality, moving existing products into it, announcing that all in April and making such a stinking mess of it in July? Is Google at the end of its product lifecycle(s)? Is it the crisis? Is it the vacation time? Or am I just collateral damage as its users simply amount to tens or hundreds of millions for pretty much any of their products? Or is this just a fluke that occurs once a year, and has nothing to do with the pending Google Drive upgrade?

One thing is for sure: I’ll be looking for alternative ways for some Google products I use, as I’m really not too fond of what I call “the Microsoft move”: shifting functionality between versions from one place to another, without adding much, if any, value, thus burdening the user with having to take more time to do the same thing.
And if that was nasty, being unable to find your files in the place you left them is something even Microsoft never managed to do…

How did I solve the sharing problem? Within Google Docs, I just shared it with the same sharing settings as before. I always try the easy option first.