Browse: Home / Google Health Will Not Belly Flop but You Have to Take Charge 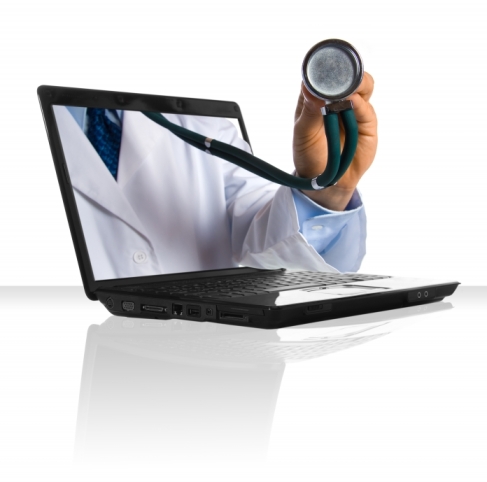 A few months ago I blasted both Google Health and Microsoft Healthvault for not being patient-focused – but I am not giving up on them.  Later Krish discussed how adding pharmacy chains boost the value Google Health can provide.

Each and every piece of multi, multi-million dollar bloated piece of crap healthcare “electronic medical record” (sounds about as dated as electronic mail, doesn’t it?”), is simply a billing engine to communicate a medical diagnosis to insurance companies with the hopes of maximizing how much doctors are paid. Each diagnosis and procedure has these numerical codes. They are a ridiculously robust antiquated language, like the code written to power the Commodore 64.

Case is point is e-patient Dave deBronkart, cancer survivor and eletronic health record advocate who got a good look at the health information imported from his hospital’s PatientSite system into Google Health.  He got the shock of his life: his record now showed all conditions he has ever had, without date information, and he also saw conditions he has never had.  His vital stats were missing though.

In other words, his Google Health record became useless crap – not really surprising though, the rule of GIGO applies.  The input was a useless dump of insurance codes from the hospital, that was not cleansed, updated and structured properly, and most importantly barely reflects the patient’s current condition. Garbage In Garbage Out is what kills most IT projects – except these are not just regular IT projects.  In fact my own key observation was that for now I see both Google Health and MS HealthVault too IT-driven, without enough health-professional and patient participation.

Back to Dr Jay Parkinson:

It blows my mind to see the depth of how screwed up our health care system is…we, the doctors and patients, were never meant to be a part of it.

Well, it’s time to change that, become part of it.  The best way to fix health care is for patients to be the platform and point of integration for the care they get from doctors and institutional systems – said Doc Searls a year ago.

That means active participation,  cleansing your data, managing it.  In fact given the crappy quality, or worse, lacks of available data, you might be better off starting manually and building up your electronic health profile from a clean slate, then as new information is added, always filter it. After all, you are the integration point.  This is clearly not for everyone.  But if you manage your financial health online, why would you not do the same for your real health?

Finally, a word on Dr Jay Parkinson, the doc who wrote the “belly up” post:  he is someone to pay attention to.  He set out to revolutionize health care, one doc (and his patients) at a time.  He established an affordable and  largely Web-based health practice: patients could sign up on the web, make appointments via Google Calendar, receive housecalls, have him help manage specialist, x-ray, lab, pharmacy costs, all for $500 annually with  no insurance required.

I was first disappointed when after almost two years I recently re-checked his site and found it almost dead: too bad the experiment failed, I thought. But then I found the link to Hello Health: a medical group based on Dr Parkinson’s principles.  So no, the experiment did not fail, in fact the good Doc’s practice is growing.  His model might very well prove to be a winner.

For someone so passionate about reforming Health Care I’m surprised about his pessimism and call for Google to just give up: I think we need the might of Google.  We need the applications, the infrastructure and mostly the power to push this program, but we need to be in charge of the content: after all, it’s our lives.