Browse: Home / How to Know If You Should Go for Venture Capital, In One Easy Question

How to Know If You Should Go for Venture Capital, In One Easy Question 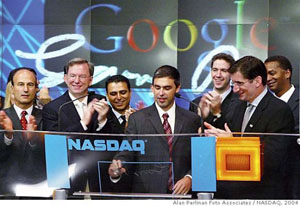 Lately I’ve been meeting with a lot of early-stage entrepreneurs and I’ve realized that one byproduct of acqui-hires, incubators, seed fund explosions, etc. is that people don’t always really think about whether venture capital is a good idea for them or not.  Especially with seed and Series A rounds, often no one really asks them or challenges them.  Perhaps they should.

Venture capital is a niche product and a niche industry.  The vast majority of companies not only won’t get venture capital — but they shouldn’t seek it.  Because even if they get it, they won’t ever have enough success to make anyone enough money and/or justify the effort.

But how do you know?

I believe it can all be answered in one (and a half) question:

[Also, it must be in a good, high-multiple space, but we’ll take that as a given here.]

When you’re starting a SaaS company, you don’t need all the answers.  But you do need to, if you squint and look in the distance, and have a bit of luck, and beat some serious odds — see the path to a hundred million dollar business.  Even if you are acquired (well) before then, it’s SaaS start-ups on their way to $100,000,000 businesses that get acquired for good multiples and good all-around results.

If you don’t believe it — my advice is, at least in SaaS, don’t do it, even if you can get it.  The venture capital piece.  Fund it, make it happen, some other way.