Browse: Home / Why if You are a VC You Should be Insanely Rich

Why if You are a VC You Should be Insanely Rich 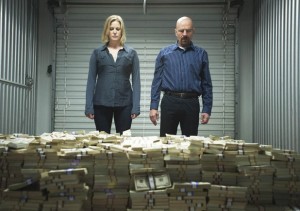 Ok – First, I know some folks are going to challenge this math, but I think it’s basically correct. Second, being a VC is hard.  Not always 100 hours-a-week hard work, but hard to do well. But — investing in someone else’s hard work is obviously far easier than founding and inventing something yourself.

With that, let me explain why VCs should be insanely rich:

What about VCs?  What do they effectively own, as individuals?  A lot more than you think:

So VCs get 2.5-4x the equivalent ownership stake of a founder, with very few of the operating hassles — and they get to pick.  As a founder, you do get to pick, sort of.  But only one gig at a time – not 8. I know this oversimplifies things.  It ignores basis, and many other nuances.  And picking is hard.  But inventing something from nothing is harder. So my point is : VCs should be insanely rich