Browse: Home / Palo Alto is Finally, Totally, Fully Back After 4 Years. What Does it Mean?

Palo Alto is Finally, Totally, Fully Back After 4 Years. What Does it Mean?

Do you remember 2008?  Lots of people don’t seem to, but I do, and it was rough.  The stock market fell 60%.  And never seemed to stop falling.  VCs stopped funding everything.  There was even this little October 2008 memo called R.I.P. SomethingOrOther from Sequoia Capital that said fire everyone, the world is over, it’s just like 2000 all over again.

The truth was 2008 wasn’t that bad for SaaS, relatively speaking.  The thing is, recurring revenue did its trick.  Wall Street was right.  Yes, more customers failed and churned out.  But the ones that made it renewed.  Everyone in SaaS actually continued to grow, if perhaps for a little while at a slower pace.  We all survived.  With hindsight, we didn’t even miss much of a beat.

Fast forward to 2012 and downtown Palo Alto.  Since then, rents have doubled.  Not only that, every single nook, every possible start-up office, is full.  Spaces that in 2006 I thought were closets now have start-ups stuffed in them.  Even Flipboard is literally in a garage, in part.  A garage.  Flipboard.  Add in a doubling of density, and I’m guessing there are 8x as many start-up employees in downtown Palo Alto as there were in 2008.  I mean, seriously, you can’t get lunch anywhere at noon anymore.  Lines out every door.

Retail though was slower.  I remember right after Lehman Brothers, the shock was visceral.  Basically, every single store in downtown Palo Alto that wasn’t a restaurant closed.  I mean, ghost town closed.  Every one, virtually.  Not just depressing.  Scary depressing.  The city even took to letting start-ups crash in retail space (e.g., Color), just to hide the complete total collapse and failure of retail.

And how, finally, in October 2012 we come full circle.  The last ugly boarded-closed retail eye sore in downtown Palo Alto, the old Magnolia HiFi on University at Emerson, is set to reopen as a West Elm (and a start-up is set to move into the basement!).  This last big retail slot sat ugly and diused for years, only hosting an occassional Halloween pop-up store.  A visceral reminder of the bad times.  Once Apple finishes remodelling the abandoned, boarded-up Borders space, downtown P.A. will all be fully loaded again.

So now it’s all erased.  It’s not only 0% vacancy for office space in downtown Palo Alto.  It’s fully loaded even for retail.

Good times forever.  $10/sq/ft per month for the office of the next pinning site.  Boat drinks everynight at Nola’s and the Old Pro.  I love it.

And SaaS — SaaS 2.0 has just begun.  We’re just getting going.  SaaS will rule every segment of software, and more importantly, many new segments.  We’re just 10% along the journey here. 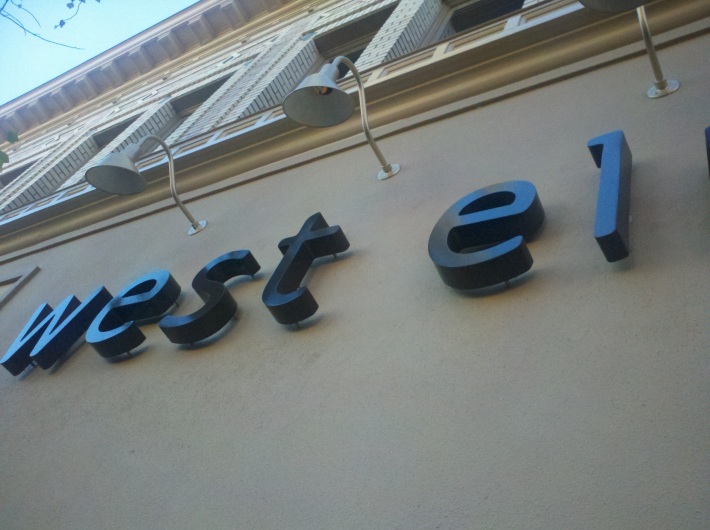 One response to “Palo Alto is Finally, Totally, Fully Back After 4 Years. What Does it Mean?”