Browse: Home / Don’t Forget to Pay People Right – Or at Least as Much as You Can 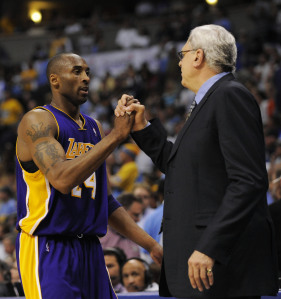 I awoke to the news the other day that the Lakers passed on hiring Phil Jackson back, and instead, opted for Mike D’Antoni instead, apparently to save about $6m a year, a percent or so of equity, and a bunch of other conditions.  Too much, apparently, to get The Best of the Best.  And probably, the Lakers just gave up any chance of a championship this year or next, after spending a bajillion dollars on Dwight Howard and a 38-yo point guard.

And he wanted to be paid fairly given not just what he would accomplish, but also given what he had already accomplished.  Does he deserve an equity stake after that?  I think so.  A market salary, or higher?  Why not.  The best staff in the world, no matter what it took to get them, and no matter how crazy some might sound (e.g., Scottie Pippin)?  Yes.  Maybe even to be cut some slack (e.g., travel)?

But you have to Pay People Right, at least when you can.  And Pay Them Back once you make it:

The best hires are looking to you to have their back.  And they’ll eventually quit on you if you don’t have it.  That means paying them as much as you can at first, even if it’s not enough — and paying them right when you finally can.

P.S.  If you want to read one of the most interesting leadership bios, check out Phil Jackson’s bio on Wikipedia.