Browse: Home / The Perils and Pitfalls of the “Been There, Done That” VP: Posers and Mercenaries

The Perils and Pitfalls of the “Been There, Done That” VP: Posers and Mercenaries 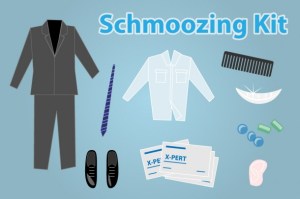 {Part 2 of our series on Start-up Hiring}

Basically all of the SaaS CEOs/founders I know of have made at least one terrible VP+ level hire.  Sometimes it’s VP Sales (OK, often, this is the most common mishire — another post here on what a really great VPS can do for you, and how a poor one can wreck your company, coming).  Sometimes it’s VP Marketing.  Or VPE, or whatever.

But one common thread — the mishire seems almost always to be the Great “Been There, Done That” VP.  The Great Guy from Salesforce (often), or whatever other leading SaaS company.  Or sometimes, from a successful SaaS start-up with a high profile acquisition.

The problem isn’t that this hire is a Unicorn.  In fact, there are plenty of them out there.  The problem is They Never Work Out.  Why Not?

So what’s the learning?  You’ve got to take a calculated risk of some sort.  You have to hire VPs that are in some way, not the complete 100% package, not every box checked.  You can go for folks that will get to 100% in your start-up (my vote) by making it a success.  Someone on the way up.  Or you can go for folks that are almost great, with a little more experience, but damaged somehow, something that stopped them from ever fully getting there.  And you can backfill the damage and gaps.  The latter generally have a better resume than the former, and feel less risky.  Though I think they are riskier.

Either way, I’d pass on Been There, Done That.

One response to “The Perils and Pitfalls of the “Been There, Done That” VP: Posers and Mercenaries”