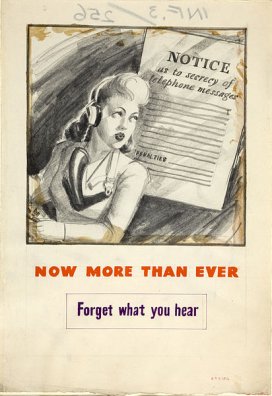 A post by Dion Hinchcliffe on “social business maturity” made me laugh and cry at the same time. It’s one of those misleading semi-analytical semi-research posts that will be joyfully accepted by most people as solid truth.

However, it ain’t. If it’s anything solid, it’s solid suggestimation. Why?

The post smacks the reader in the face with impressive percentages that most, if not all, are in the 50’s, 70’s or even 80’s, seemingly showing that vast majorities of companies are “socially mature”.

I’m not even going to dig around in the studies / research cited in every statement (truly chapeau for Dion for not only citing them, but also providing a link by the way – even if I got a 404 on 1 out of 9), I’m just going to show how the attempt to state

Social media is now being used in en masse for marketing, sales, operations, customer care, supply chain, and amongst our workforces

is doomed to fail as the post combines two opposites: on the one hand perfect percentages are presented, on the other hand those are related to vague absolute truths, such as “using social technology for marketing and related functions” and “use social media to engage with customers”. Any percentage of nothing is nothing

I might as well present a study myself that finds that 23% of online people engage in verbally abusive actions – how is that for a factoid?

You see, that 23% suggests very careful research, well-balanced analysis, weighted factors in a properly conducted study. But 23% of what? The What there is terribly vague and obscure, and as undeniably quantifiable that 23% is, the What isn’t at all. If you were to quantify the What down into perfectly objective pieces, that same 23% might as well quickly become 0.001% in stead.
Hence the title to this post: every single blog post on this earth contains at least one single truth, half of all those presumably also a second one, or more. So, the title is true. Meaningful, helpful? You be the judge of that
I invite you to read Dion’s post, quickly or carefully, that’s all up to you. I’ll run you by some of the hollow phrases in it:
OK. So let’s suppose social technology here means Twitter, and marketing-related functions means sales and customer service. How many people in all those departments? How many of those using Twitter? How many hours a day per average FTE? If 2/3 of business are experimenting with Twitter for marketing or sales or customer service, this is a “truth”. With 5 FTE in marketing, 5 in sales and 10 in customer service, that one hour per month would divide that 23% by 20 people and 160 hours, being 3200, that they could spend on it in total. However, of those 3200, only one hour is spent, so it would become 0.007% in stead.
Fair? Probably not, but it’s a quantification. Should 100% of all those people use social media all the time? I don’t think so, but who knows?
Let’s say it’s 50% using, and 29% planning to use – even though that could be the other way around, or 70%-9% or 9%-70%, or anything else. Again, how many people per company, how many relative FTE, how much of their time? One FTE, one hour a week? With 100 people per company, that 50% would get divided by 100 and 40 hours, being 4000, turning it into 0.01%
Hilarious. One person that spends a day per week handling Twitter? Divide that 27% by 5 into 5.4%. Could it be 5 people doing that in stead, for a full week each? Divide that 5.4% by 25, and into 0.2%.
The 83% is a mean trick of course, it’s a high percentage of a negative statement. What it says, is that 17% of companies have 4 or more people dedicated to social media, which ain’t much, is it? By turning that statement around to 83% having 3 or less, it seems a huge positive statement.
The real dead give-away however, is the fact that a percentage is missing here. Which is odd, for such a percentage-slinging post on percentage-slinging studies and researches – isn’t it? Can you spot what’s missing?
What is the percentage of companies with a dedicated social media department? Don’t you want to know? Don’t you think it’s a number that would be known regardless of how you ask the question? You either ask “If you have a dedicated department, how many people are in it” and the answer would vary from 1 to Lawd knows how many – and relating those answers to the total would give you a percentage, or you’d ask “Do you have a dedicated department? If so, answer question x34y” and you could also relate those answers to the total.
I can only assume that the number and percentage of dedicated social media departments wasn’t worth mentioning
Watch out for the bogus, fake, suggestimative “research” posts that present you with so-called facts. These posts are nothing but textual Infographics, or like I call them, InfoCrapPics
Apart from that, all these researches and studies and findings only measure input. None of them measure output – so all they show at best is how much time is spent on social business, without showing the return, aka the much-feared ROI
Leading indicators of social business maturity? You must mean “antique 1.0 schmarketing tricks to flog the dying social business horse”.