Browse: Home / Trends for Companies Searching for a Social Media “Something” (2013)

Just over two years ago I wrote a post on “Trends for Companies Searching for a Social Media ‘Something’” and I thought it would be interesting to take a look at some of these trends a few years later.  I used Indeed.com a few years ago but it appears they haven’t updated their system recently so this time I went with SimplyHired.com even though I was only able to get data for around 9 months of 2012.  What I did was look at the trends for several “social” job types in the market today and was actually quite surprised with some of the things I found. 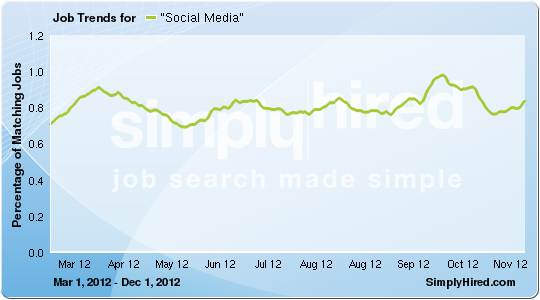 “Social media” is still seeing some very solid growth in terms of jobs, at least according to this chart.  In fact the trend has gone up almost 9x since October of 2011.  Still shows that this is a desired role that companies are looking to fill. 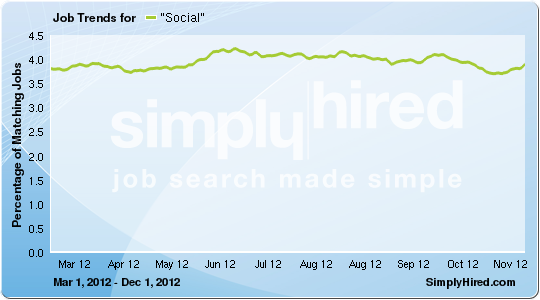 Virtually flat here for the past few months but again a large jump in the trend for “social” over the past year.  Keep in mind this could be “social” anything but I just wanted to take a look at how often the term was being used in job postings. 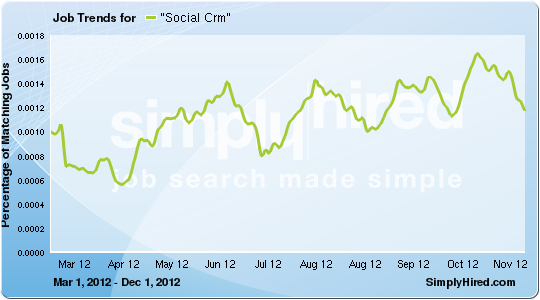 Not surprising that this hasn’t really gone anywhere.  I don’t think many people are actually using the words “social crm” in their job descriptions but it was still interesting to take a look at. 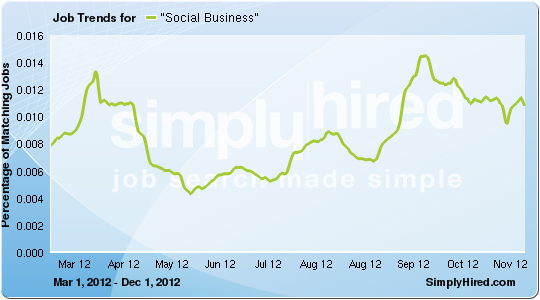 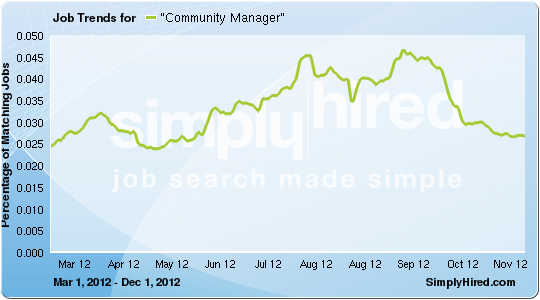 Definitely a growing trend for community managers out there that has grown around 5x since just over a year ago.  I’m too surprised by this as many of the companies I’m speaking with are looking for both internal and external community managers. 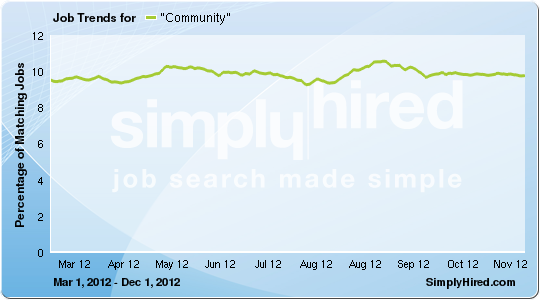 Again a huge jump from just around a year ago for the word “community.”
What do you think about these trends, are they what you expected to see or was there something that surprised you here?

Principal of Chess Media Group, a social business consultancy. Jacob works with mid and enterprise organizations on developing customer and employee engagement strategies. He is also the co-author of Twittfaced, a social media 101 book for business. Jacob authors a Social CRM and Enterprise 2.0 blog.
« Previous Next »