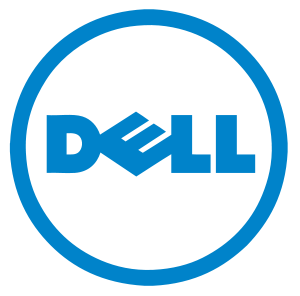 Only days after the announcement that Dell was going to return to private ownership, Dell subsidiary Boomi has come out with some news about its integration platform This is really timely given the near universal acknowledgement that software lies at the core of Dell’s future (more on this in a later post) and that it is only by considering itself a software company, that also happens to lay software on top of its own hardware, that Dell can continue to prosper. Boomi is one of a number of cloud integration vendors – it competes with companies like Pervasive, CastIron and SnapLogic. Boomi was picked up by Dell at the end of 2010 – back then there was essentially no software group within the company but today that has changed, and news of the ownership change will likely accelerate the pace of change.

Boomi is announcing a couple of things:

Wipro partnership – More interestingly, Boomi has announced a partnership with well known systems integrator, technology consultant and outsourcing house Wipro. I spent time talking with Boomi founder Rick Nucci about this partnership, and the role for cloud integration platforms generally. Traditional consulting firms have been a little slow to partner with the integration platforms, in part because it is a challenging partnership to articulate externally. These consulting houses make their not-insignificant revenue from, in part, providing deep product integration services. Partnering with a platform which essentially says “integrations can be easy” challenges their own position. I put this to Nucci and he conceded that it is a sensitive point. Surprisingly he is dubious about the claims that many make about one-click integrations and the like – his perspective is that an integration platform simply reduces the time to integration and hence the time to value. As such he feels there is a logical fit with the consulting houses who can use the partnership as a way to abstract the more mechanical aspects of an integration off to a specialist, while focusing heavily on the implementation and customization part of what they do. I kind of buy that, but also expect to see the traditional consulting firms remain somewhat muted when it comes to integration services – while integrations may be simple plumbing, if a Deloitte, an Infosys or a Wipro can wrap it up in paper, put a bow on it and call it consulting, they’re able to monetize it richly. That said, the partnership makes sense and should help to avoid lots of duplication and, most importantly, reduce the time that these deep integration projects can take.

I spent some time talking with Nucci about the fact that many integration vendors are talking up the “one-click” story. Perhaps as a sign of respect to Boomi’s new found consulting buddies, he suggested that the truth of the matter is somewhat more complex and that integration vendors need to be careful to navigate a path that sees them articulate the real value that integrations can bring to a organization, while not understating just how much manual work an integration will actually take – it’s a fine line and a situation where the marketing spin sometimes delivers more than the actual product can.

Both these announcements, coming off the back of the Dell privatization deal, give a real insight into where the opportunities for traditional IT vendors lie. Marc Andreeson famously proclaimed that software is eating the world – integration is an important part in that process and Boomi is well placed to capitalize on that.

One response to “Dell Boomi Announces New Milestones and Partnerships”