Browse: Home / What a Great VP Sales Actually Does. Where The Magic Is. And When to Hire One. 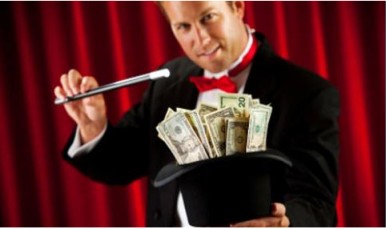 In SaaS, #1 most common mishire, with a bullet, is the VP/head of sales.  In fact, there a VC saying that I used to really hate.  It goes something like “You’ve Got to Get Past the Carcass of Your First VP of Sales” or “It’s The Second VP of Sales When You Really Start Selling” or variants thereof.  It used to really bug me because I am a firm believer in the strategy of Zero Voluntary Attrition and trying to hire fewer, more committed resources over a higher volume of mercenaries that turn over more often.

The thing is, it turns out the VCs are basically right.  Because in SaaS start-ups, it seems like the majority of first VP Sales fail.  Don’t even make it 12 months.   And totally screw things up as they fail.   And this is really, really painful.  It’s much worse than a bad VP Marketing hire.  Because with a bad VP Sales you can lose so much momentum, and create so much internal confusion, that this one bad hire can really cripple you as you try to get from Initial Traction to Initial Scale.

So I want to try to help you if you’re going through this.  It’s going to take a few steps.  First, in this post, I want to outline what a VP of Sales in a SaaS company actually does.  Because I think this is 50% of the problem – founder/CEOs are looking for the wrong things out of their VP Sales.   Then later, in a different post, I want to describe who to hire, and how.  And I’ll even give you a script to help you make the right hire.

Before we get there, though, let’s outline in order of importance The Top 5 Things a Great VP of Sales Actually Does at a SaaS Company from say $500k in ARR to $20m+ ARR:

It’s #5 I think that is the root of half of the problems hiring your VP Sales.  Up until you make this hire … you the founder have likely been the acting VP Sales yourself, hopefully with 1-2 reps to help you (ideally two).  And you want to accelerate, do better … so you want to hire a VP Sales to … sell better than you.

And then … as soon as you hit that run rate (which actually should happen earlier than month 12, because you have to hit the velocity early than that to hit the full year-end goal) … you’re gonna need 6 more reps to hit the next goal.  All of a sudden, that’s 10 reps.  Before you know it.  And 400-500 deals a year.

So yes, your VP Sales should be out there closing the big ones, the huge deals, on a plane, on a jet, of course.  Sometimes, soup to nuts, lead to close.  And it’s great when they even take a quota at first, to do it themselves.  But there’s no frackin’ way he/she can do more than a handful of all your deals directly, him/herself.  The deal volume to hit your growth targets is just too high.

So my uber-point here is you shouldn’t hire a VP Sales until you are ready to scale and build and fund a small, growing sales team.  And any VP of Sales that doesn’t see this — probably isn’t a great VP of Sales for you.  Instead, he/she is either just a great individual contributor, a great figure-it-outer … or a deeply flawed candidate.  Either way, not a great VP Sales.

>> But a Great VP Sales can take that tiny bit of Initial Traction, that small little trickle of inbound lead flow … those raw materials … and do something really magical with them.  Drive your revenue per lead way up, and put you in place to jump on and close every practical piece of business that comes through the door.  Create a real machine to monetize the prospects and leads that find their way to you.  And then add some gravy in outbound and other expansion on top of that.

That’s the magic in a great SaaS VP Sales.