Browse: Home / What do you mean customers don’t know what they want?

What do you mean customers don’t know what they want?

If I’d asked customers what they want, they’d have said more convenience and relevance.

Look familiar? I’ve riffed on that Henry Ford quote about faster horses, yada, yada. It’s not too far off from what customers would theoretically have been seeking in faster horses. 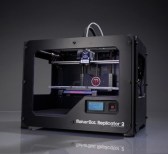 I altered that quote to fit a modern day phenomenon: 3D printers. If you haven’t paid attention to them yet, these are machines that manufacture physical, 3 dimensional objects. These objects can be solid, or have more intricate internal workings. One leading manufacturer is MakerBot. In September it released its latest 3D printer, the Replicator 2.

Why is this relevant to a discussion on “customer wants”? Because 3D printing is one of those technologies that holds high disruption potential and is a significant departure from existing products. In other words, it’s all the things that disruptive-innovation enthusiasts look for in innovation. And many of the same people will argue such innovations cannot be identified via customer needs and desires.

There is truth there, but the argument is stunted, incomplete, even glib. It’s the inventor’s argument, not that of the innovator.

In discussing the role of customer needs and wants in innovation, we must separate the process, as illustrated below:

Start from the position that we, as humans, have a pretty good idea of what we want. Define this as our job-to-be-done. We are a bundle of many, many varied jobs-to-be-done. We have personal jobs, family jobs, social jobs, workplace jobs, athletic jobs, etc. The global economy runs by finding ways to satisfy these jobs-to-be-done.

I have heard the argument that customers cannot express all their jobs, that they have latent needs. I tend to side with Tony Ulwick’s view that latent needs are a myth. I do think it can be challenging to get at all the jobs-to-be-done a customer has. But I ascribe that more to the methodology of eliciting them than to the idea that customers cannot express them. There are good ways to understand customer needs and wants, such as Strategyn’s Outcome-Driven Innovation, Gerald Zaltman’s ZMET, and Stanford d.school design thinking concepts.

But the key point is that customers do know what they want. Their jobs-to-be-done are actually fairly stable. They are the keepers of the source basis of success.

It’s the next step where inventors come in. They either:

When some people pronounce that “customers don’t know what they want”, I worry that they’re actually operating under the #1 scenario. They don’t really understand what jobs are valid and underserved (e.g. see Cuil’s ill-fated attempt to displace Google). They’re pursuing a Hope Principle. Hey, someone always wins the lottery too.

It’s the #2 scenario where the potential for success exists. But it’s not guaranteed. Ideas are generated to improve the outcomes of jobs-to-be-done. Who generates them? Entrepreneurs. Corporations. Customers themselves. Researchers.

Here’s where the “customers don’t know what they want” concept has more validity. There’s no reason a customer is uniquely positioned to generate the best ideas. Others may be focused on new technologies, adjacent market trends, biomimicry, innovations pulled from distant fields, etc.  This is where the art and magic of innovation surfaces. The fun creative part, if you will.

This is my take on the difference between invention and innovation:

Invention is the creative act. Innovation is the adoption of an invention to improve jobs-to-be-done.

Which brings us back to those 3D printers. Right now, they are an invention. Will every home have one the way we do PCs, televisions, dishwashers, etc.? We don’t know yet, as the technology continues to improve and prices need to come down. Indeed, here are the sorts of questions one finds currently:

“Who would buy this?”, they ask. “Why would anyone want to create objects themselves?”

Will 3D printing take off?  Or will it be the new version of a kitchen bread-making machine (cool concept, never used much after getting one)? I’m optimistic on 3D printers, as I can see them fulfilling a number of jobs-to-be-done.

But the key point here is that customers do know what they want. Now let the Henry Fords and Steve Jobs of the world dazzle us with their ideas to better serve the outcomes of our jobs-to-be-done.

One response to “What do you mean customers don’t know what they want?”