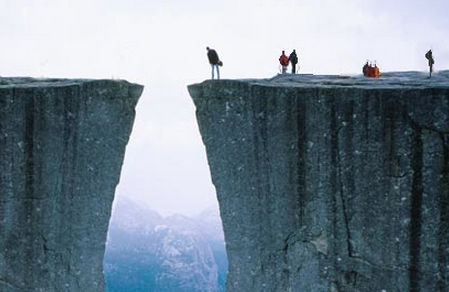 I’ve never gone Truly Big in any of my start-ups, not in the Yammer or Box way let alone the HootSuite or DropBox way.  But, over the years as both a founder and a start-up exec, I have raised over $40m in Venture Capital across 4 successful start-ups.  I’ve also pitched over 110 VCs.  Yes, 110.  It is possible, since it’s over 13 years, and a lot of them have come and gone in that time.  And 100 of those 110 were for just one Series C financing in 2002.  Tough times.

But of all those rounds, those 110 VCs, those $40 million dollars in capital, and all that, there’s just one little slice that Was the Best $500K I Ever Raised.  And this informs almost everything I think about VCs “adding value”, fundamental change-the-company value.

The time was about 14 months after EchoSign launched and 17 months after we raised our Series A.  My approach was to go, not Big, but not Lean either.   The Middle I guess.  So we raised $2.5m in a Series A funding, which was enough with the team I had and the approach I went after (pretty aggressive in the beginning), to get us about 18 months from funding date.

It was a rough start.  But by about 12 months in, it was clear we had something — just not enough yet.  We had a handful of great enterprise customers, many dozens of tech leaders and midsized customers, and maybe a thousand or so smaller customers.  And a decently sizeable pool of free users.

But it wasn’t enough.  We weren’t, probably (can’t know for sure) going to get a Series B on just that, back in early ’07 at least, and we didn’t have enough revenue to cover the salaries of the team.

I couldn’t go backwards.  We had too many customers, too much going on, and there wasn’t any fat.

So I did three things:

Everything else, for funding, in the end didn’t really matter.  The first $2m?  Great, but we had multiple offers.  Whatever.  The $6m in Series B?  Again, 3 offers in 2 weeks.  Great, and truly, deeply, muchly appreciated — but not really a big event given that it was pretty easy to get and low stress.  But that $500k gap between Series A excitement and the results necessary for Series B — that was the most critical $500k I’ve ever gotten.  Otherwise, we would have died.

So what are my learnings?  ”Gap financing” — it’s especially important in SaaS, because SaaS doesn’t explode, it compounds.  You can see the future.  And for many of you, you may end up because of that in the same spot as me: doing reasonably well, you can see a good future … but you don’t quite get there in time.  You may need a few extra bucks at a time when not everyone will believe in you, at a time which will be the difference between death and success.  So:

And another way to solve these issues are of course, at least in theory and assuming you don’t spend it, is to just raise a few extra bucks whenever your raise anything.  Mark Suster has a classic post on that here.

>> Anyhow, go enjoy your Party Round.   Your funding announcement on TechCrunch.  And all that.

But I can tell you vis-a-vis venture funding, across 4 companies and > 10 years and $40m+ in funding … all that mattered for me was that smidge of Gap Funding.  That little bit.  And I’m not the only one.  I could make you a list of very successful SaaS CEOs who just barely made it to the Series B phase no matter how much they’d raised before.  For me, and many others — everything else in venture funding is just a little event, a little task, like the 100 other things you do.