Browse: Home / Everybody Lies, 2013 Edition: SaaS Revenues in the Inc. 5000 (And SaaStr at Its One-Year Anniversary).

Everybody Lies, 2013 Edition: SaaS Revenues in the Inc. 5000 (And SaaStr at Its One-Year Anniversary). 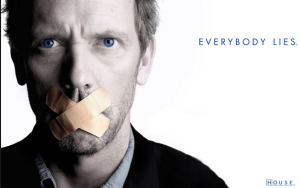 Today marks the One Year Anniversary of SaaStr.  Our first post, on August 23, 2012 was Everybody Lies — Real SaaS Revenues in the Inc. 5000, where we looked at what some of the real revenues were for various SaaS companies.

Inc. just updated the list, and for me at least, the learnings are different from last year.

Before we get there — a big thank you to the SaaStr community.  (Hopefully we will see you at the SaaStr Social on September 5th in Menlo Park with over 300 SaaS entrepreneurs and executives).  We started off 12 months ago as a small experiment to share some of the learnings from going from $0m to $2m, then $2m to $10m, then $10m to $30m, and then beyond, in SaaS.  The learnings I couldn’t find anywhere when I was doing it, when I was starting and trying to scale, so I felt if we could share it back, it might help a few kindred founders.

12 months later, I’m really proud of where we’ve gone together.  We’ve expanded beyond our stand-alone blog and deeply engaged with the Quora community, becoming the #1 most followed B2B writer and blog there and one of the Top 25 writers on Quora across all categories (and we were named a Best Writer of 2012 by Quora).  We’ve gotten terrific exposure through syndication of SaaStr.com at Enterprise Irregulars and CloudAve.   And we’ve done some great collaborations with OpenView Labs and other leaders in the space.  Now, we’re getting as many as 300,000 totally viewers per month on SaaStr across these various channels.  Pretty cool.  I think considering how narrow and tight our focus is, that’s pretty good.

With that, back to the Inc. 500/5000 awards.   For any of you who remember from 12 months ago, the coveted Inc. awards, unlike almost any of the other Sort-of-Heard-of-It Awards you’ll try to get for your start-up — require you to submit audited financials to win.  So even though everyone lies a bit in SaaS, maybe claiming their current ARR is their GAAP revenue, fudging a bit, inflating things 20-30% … the Inc. numbers sort of have to be real.  The only hitch is they are last year’s (2012) GAAP revenues, not this month’s ARR.  So depending on each company’s growth rate, it’s fair to assume their ARR is 50-100% (even 150% for the top performers) higher than the 2012 GAAP revenues reported below.

Let’s take a look and see what we can learn (and remember, the ranking is by 3 year YoY growth — not absolute revenues.  Which is borderline meaningless in many cases,  if your revenues were nominal 3 years ago):

Let’s stop there for now.

2012 was a bit about how Everybody Lies.  2013 really is more about how Great SaaS Products, Across More and More Industries and Verticals, Are Scaling Faster Than Ever Before.