Browse: Home / Juniper’s OpenContrail Is a Sign of the Times 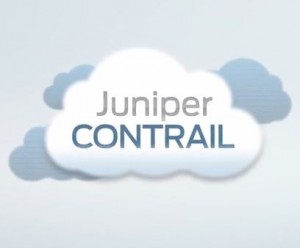 The launch of OpenContrail by Juniper Networks is a sign of the times. As we have seen with the OpenStack project, some of the largest enterprise vendors have been embracing open source with a vengeance. Most notable in the open sourcing of OpenContrail is that Juniper acquired Contrail as a closed-source proprietary system and then decided to open source the project. This is extremely rare in the enterprise world and shows a unique perception on Juniper’s part into how the world is changing that I find refreshing.

In mid-2012 I first met the Contrail team, quite a while before they were acquired by Juniper. At that time I was very impressed with the Contrail approach. Rather than creating all new protocols, Juniper had taken an approach that combined a number of standard protocols (MPLS, BGP, XMPP, IF-MAP) into a very clean, well-designed software-defined networking (SDN) solution. Protocols are hard to develop and take a while to mature. It’s almost always better to reuse or extend existing protocols rather than to bake entire new ones. You see this with TCP/IP, HTTP, and other protocols. Here I think Contrail excels in its design and approach.

The biggest downside of the Contrail approach that I could find was that it was a proprietary software solution. As we move to an open cloud world, folks building clouds wish to future proof them against vendor lock-in. This is challenging and in some ways an impossible goal; however, every little bit helps and I think given the criticality of SDN, this is an area in particular that should be as open as possible.

Now Juniper has provided us with the best of all worlds: open source software using proven, scalable, open standards, that can be deployed as part of an elastic cloud.