Browse: Home / Curse of the ‘Middlers’: Why Happiness Officers Can’t Stand In for True Sales Professionals

Curse of the ‘Middlers’: Why Happiness Officers Can’t Stand In for True Sales Professionals 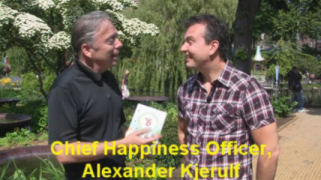 We’ve spent a ton of time on SaaStr talking about how to think about sales and sales teams; revenue/demand-focused marketing; and keeping those customers over their lifetime.

A more fundamental question we’ve touched on but mostly bypassed is this:  Do I Even Need Salespeople at All?  I mean, Atlassian doesn’t have any.  Can’t I just do a Basecamp model?  Can’t I just have Customer Happiness Officers?

Well maybe you can.  More power to you.  As long as there is enough momentum in your business to hit your revenue goals without a true sales team, then by definition you don’t need one.

And a lot of founders who haven’t managed the revenue side of a business before are sort of anti-Sales.  They see it as a bit slimy if they haven’t done it themselves or really worked with a great sales team.  Isn’t sales just a bunch of guys in a virtual boiler room, trying to get people to buy stuff they don’t really need?  If my product is so great, shouldn’t it sort of sell itself, so long as I have Happiness Officers answering questions and moving things along?

But the “problem” going Just With Happiness Officers is three-fold:

First, what works at the bottom of the market may not work as you tilt just a smidge upmarket.  Self-service and almost-self-service models can work well with Happiness Officers, whose goal in part is to be Customer Support on steroids.  I.e., not just be reactive but also proactive.  Not just respond to tickets but make sure customers are happy with the product and loyal to it.  It’s a great strategy for the bottom of the market.

But while that will still work at slightly higher price points, say $99 or $299/month or even a $5k ACV or so … in many categories, above that, your prospects will be expecting to talk to a true salesperson.  At least some of them.   A Happiness Officer can probably do a decent job here, but ultimately a salesperson is the best fit for someone that wants to talk to sales …

Second, and perhaps most importantly — Happiness Officers are Great Middlers.  But Not Openers or Closers.  Smart, engaging people who love a product but have no experience in real sales are Middlers.  They don’t know how to pick up a phone or an email and really initiate a sale.  And they are ill-equipped, or at least highly suboptimized, to ask for the close.   It’s not easy to ask for money.  Professionals are much better at it than amateurs.  “Amateurs” (i.e., those not classically trained in sales) don’t know how to close.  They wait and hope for the close to magically happen on its own.  Sometimes it does.  But you’ll see that once you have someone that knows how to close managing a prospect … a lot more deals close, and close more quickly.

Third, you’ll probably make more money with a true sales team — much more money.  It’s just basic math.  First, as noted above, more deals will both open, and close, when you have a trained sales professional working with your prospects.  And second, and just as importantly — sales professionals know how to maximize the revenue per lead.  How to figure out the maximum number of seats that can be closed now, and later.  How to get a customer to buy a more comprehensive edition, or set of services, than they might buy without guidance.  You may not care so much in the early days.  But you’ll quickly care once you have even $1m or $2m in ARR under your belt.  Because leads are precious.  If a great sales rep can turn a lead into $40 on average … but a Happiness Officer only turns it into $20 on average … and a sales rep can close 50% more often than a Happiness Officer … then, Dude.  Putting true sales professionals on these leads is going to increase your revenue per lead by 300%.  At least in the segment of your customer base where it makes sense (e.g., $99-$299 MRR and above) to have sales professionals.

We also backed into this math when we talked about Tilting Just a Smidge Upmarket. 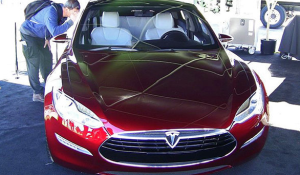 Now, if you’re still on the fence, because you’re very customer focused … I get it.  Trust me, you don’t want a Used Car-type sales rep leading the charge here.  But a great SaaS rep doesn’t sell Used Cars.   She sells a beautiful, gleaming Tesla Model S.  Or at least, a shiny new Audi A4.   Metaphorically speaking.  What I mean is, the customers already love your product.  The sales rep’s job isn’t to lie, cheat or steal, or convince you that that’s just “surface rust” on the ’05 Impala.   Rather, it’s to be a trusted guide, a consultant, helping them through the product evaluation and purchasing process around a great product with very high ROI.   It’s about learning, bonding, adding true and real value.

And then … asking for the fullest, largest possible check  🙂

One response to “Curse of the ‘Middlers’: Why Happiness Officers Can’t Stand In for True Sales Professionals”