Browse: Home / Eating My Own SaaStr Dogfood: Why I Invested in a Start-up With a Seeming 50+ Competitors 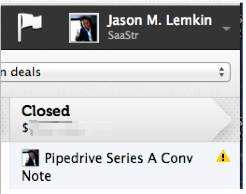 I was asked on Quora why I recently invested in Pipedrive.

I thought I would share the answer here, because it ties together so many themes on SaaStr, from Lead Velocity Rate, to Room at the Bottom, to Getting from Initial Traction to Initial Scale.

I’m making a bet here that everything I know, and learned, is Highly Repeatable.

Pretty sure it will be — but time will tell.

Thanks to Timo Rein, CEO of Pipedrive, for permission to share.

Quora: Why did Jason M. Lemkin invest in Pipedrive?

It’s a great and interesting question. I probably would have asked the same question from the outside. Cool company, but aren’t there 50+ players in this space? Hmmm …

I’ll give you the answer, but first, let me reframe it on two levels. First, it wasn’t a Thesis Bet. I am a big fan of Thesis Bets. You get excited about an emerging space. You go deep, learn all the players, try to figure out who will break-out … and do whatever you can to invest in the one you think will be #1. This is a winner investment thesis in SaaS. E.g., I helped Storm Ventures do this in the early days with Marketo, when there were a dozen folks trying to do a Marketing Automation 2.0. play. I was a big Eloqua fan (the 1.0 winner), but it was too heavy for us to use at that time. Marketo was the one my VP Marketing wanted to use. So I said — invest in that one

Second, another good albeit riskier bet is Great Team in Exciting Space. And this wasn’t that either. Yes, I love the Pipedrive team. But to me that’s just tablestakes. And the space may or may not be “exciting”, depending on how you define it. It’s exciting to me, but that doesn’t matter. At the least, it’s not a Super Uber Trendy space. No taxi app here.

Instead, this was a (x) Velocity Bet in a (y) Large Space With Room at the Bottom, with (z) an extremely dedicated team behind it. And personally I like to invest when there is some early velocity, at least a smidge, but it’s not 100% obvious on the surface what it means or where it will go.

Let’s dig in. The #1 thing I am passionate about on the revenue side in SaaS is Lead Velocity Rate. More than MRR growth in fact. And Pipedrive is doing great here. I’ve talked about this more here: Why Lead Velocity Rate (LVR) Is The Most Important Metric in SaaS.

I believe as long as you have a dedicated (and strong) team, you can solve all other challenges, 8 times out of 10 … as long as you have a high inbound Lead Velocity Rate. Pipedrive has a great business today growing at triple digit % growth … but it has even greater potential than you can see. Because it has great inbound lead velocity. And it also has huge potential to do more with those leads.

So I’m eating my own dogfood, and betting on what I “know” to be true — Lead Velocity Rate.

Also, I’ve come around on my thinking on Room At the Bottom. Once a space becomes epically large, Room at the Bottom can work well. Zendesk is an amazing company, but I’d also bet you real money that Intercom “at the bottom” is going to just kill it as well. 5:1 in fact, I’ll bet you.

OK, so back to Pipedrive: we have (x) real lead velocity, (y) a long-term dedicated team, and (z) a big space with room at the bottom.

My thinking is that this by definition leads to a Break Out Company more often than not. There may be several others as well in the space. But I am almost 100% confident Pipedrive will be at $10m+ ARR, with a big tailwind pushing it higher, before you know it based on (x) and (y) and (z).

And once you get to $10m+ with even greater lead velocity … you’ve hit Initial Scale. You can’t be killed. You’re in the zone. More on that here: From Initial Traction to Initial Scale (~$10M in ARR): The Hardest Phase. But — The Cavalry is Coming.

And it just gets better from there. 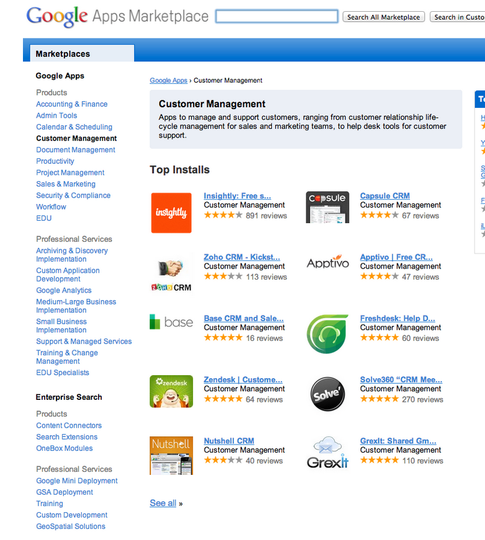 Also, yes it’s crowded. See above. But are these all really competitors? Go deeper. Maybe not so much …