If you’re familiar with the story of Gmail, you know – for a fact – that it was a 20% time employee project by Paul Buchheit. A little bottom-up experimentation that grew into something big.

Surprise! That story is wrong.

It was a desire by Google, the company, to offer its own email. From Harry McCracken’s great piece How Gmail Happened: The Inside Story of its Launch 10 Years Ago:

Gmail is often given as a shining example of the fruits of Google’s 20 percent time, its legendary policy of allowing engineers to divvy off part of their work hours for personal projects. Paul Buchheit, Gmail’s creator, disabused me of this notion. From the very beginning, “it was an official charge,” he says. “I was supposed to build an email thing.”

Gmail’s creation has more in common with innovation inside large enterprises than it does with the start-up world. Read on if you recognize these: 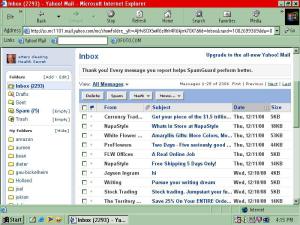 Image via Variable GHZ, “Why Yahoo Mail is Still an Epic Catastrophe“

Anyone remember life before Gmail? We had low storage limits. ‘OK’ search. Poor spam control. Yahoo, one of the dominant players at the time, pursued the freemium strategy that required paying for more storage and better controls. Which isn’t unheard of, mind you.

Think of the core job-to-be-done: When I want to update others, I want to send and receive communications. Some key job tasks that define that job include:

Yahoo, Hotmail, AOL were fine as far as they went, but they each were challenged on these key job tasks. Back when I had a Yahoo email, I remember the spam being awful and it seemed impossible to control.

Google looked at the offerings in the market, and recognized an opportunity to better satisfy people’s expectations for these important job tasks. Larger size limits, stellar spam control, excellent search and ongoing improvements through Gmail Labs.

Lesson: ABI (Always Be Improving) on the customers’ jobs-to-be-done. Think of the entire job flow and determine which areas are ripe for a better service and experience. Big companies can too easily focus on executing what they have rather than thinking about customers need.

Reports of the death of company innovation are greatly exaggerated

Somewhere along the line, a narrative has emerged that pretty much every big company cannot innovate its way out of a bag. Admittedly, the increasingly rapid turnover of the S&P 500 and the fast rise and decline of companies fuels this narrative. But it’s glib to say companies just don’t do it.

Google’s 20% time is espoused as the antidote to this issue. Middle management stifling innovation? Let everyone experiment on their own. But Gmail wasn’t a 20% time project. It was actually something planned and resourced for development for the organization at large.

This is an important point. If companies set their mind to innovate in an area, people will contribute and provide fantastic ways to get there. Tony Vengrove advised on a key element for success here:  “A compelling vision statement describes what the company wants to become in the future. It not only needs to inspire but ideally it should inform the innovation agenda.”

Lesson: Innovation is not dead inside companies. It does require leadership to set a vision that employees can focus on.

Google is rightly perceived as one of the most innovative companies on the planet. Given that, one might assume that the innovation wheels are well
greased there. But I was struck by these quotes from McCracken’s story about the birth of Gmail:

“A lot of people thought it was a very bad idea, from both a product and a strategic standpoint,” says Buchheit of his email project. “The concern was this didn’t have anything to do with web search. Some were also concerned that this would cause other companies such as Microsoft to kill us.”

Within Google, Gmail was also regarded as a huge, improbable deal. It was in the works for nearly three years before it reached consumers; during that time, skeptical Googlers ripped into the concept on multiple grounds, from the technical to the philosophical. It’s not hard to envision an alternate universe in which the effort fell apart along the way, or at least resulted in something a whole lot less interesting. 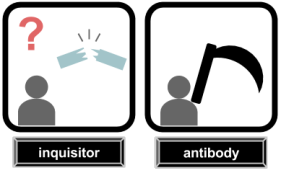 In those two quotes, you see critiques that aren’t really about specific elements of Gmail, the concept.

In Four Personality Types that Determine Innovation Success or Failure, a distinction is drawn between Inquisitors, who reflect thoughtfully on issues facing an idea, and Corporate Antibodies, who just want the idea dead. Here are hypothetical responses to Gmail by the two different personality types:

Inquisitor: “Won’t we spook people when they see ads related to the email they’re reading?”

Corporate Antibody: “Email has become a commodity. There are other products we should be building.”

Lesson: Corporate antibodies will always be with us. Recognize legitimate probing for faults versus efforts to undermine the idea in total. Spend time figuring out how to get around Corporate Antibodies, not appeasing them. 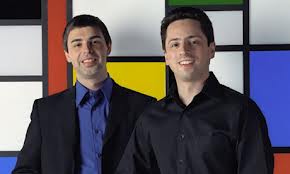 In a land of radical transparency and holacracy, the traditional top-level support needed for initiatives is a thing of the past. Alas, we are not in that land. For the 99.9% of people who live with today’s reality, top-down support continues to be the effective way things get done.

It does put pressure on top executives then. They are held accountable by the C-suite, the Board and shareholders. Already in this post, senior executives are called on to ensure innovation moves forward in two different ways.

Set the innovation course: Leadership – be it in business, community, military – has a role in establishing the objectives for people. Indeed, set objectives and get out of the way. In Gmail’s case, Larry Page and Sergey Brin saw a future that extended beyond just search. Paul Buchheit was charged to figure out what a Google email app would look like.

Remove obstacles to innovation: We saw previously that Corporate Antibodies are alive and well. But they didn’t stop Gmail’s progress. From McCracken’s article: “Fortunately, the doubters didn’t include Google’s founders. ‘Larry [Page] and Sergey [Brin] were always supportive,’ Buchheit says. ‘A lot of other people were much less supportive.’ “

Lesson: If senior management isn’t paying attention to innovation, it’s a safe bet no one in the company is either. Employees respond to the agenda set by executives. Organic growth comes from a clear focus that involves executives and employees.

One of my favorite perspectives on innovation comes from Jeff Bezos. In an interview on Harvard Business Review:

ADI IGNATIUS: Jeff, you’ve said that you like to plant seeds that may take seven years to bear fruit. Doesn’t that mean you’ll lose some battles along the way to companies that have a more conventional two or three-year outlook?

JEFF BEZOS: Well, maybe so, but I think some of the things that we have undertaken I think could not be done in two to three years. And so, basically if we needed to see meaningful financial results in two to three years, some of the most meaningful things we’ve done we would never have even started. Things like Kindle, things like Amazon Web Services, Amazon Prime. The list of such things is long at Amazon.

Note that he’s referencing Big Innovation. Concepts that are market changers. There are plenty of opportunities for small-ball innovation (or improvements). But for the really big stuff, executives need to back away from the notion that it can be done in one year.

This was seen with Gmail as well. It was in the works for three years before it was launched to consumers. Continual effort was applied to the product features, the user experience, the business model and the infrastructure to support it. During this time, the project was assailed internally, but as noted previously, senior management supported its ongoing development. Similar to the way Bezos sticks with groundbreaking projects for the long term.

Lesson: Senior management must recognize the magnitude of the innovation it seeks and commit the right time horizon, resources and support to it. This applies for small ball innovation and Big Innovation.

Google, of course is now a HUGE company, on par with the biggest in the world. Its Gmail experience provides valuable lessons for Fortune 500 firms seeking to innovate.