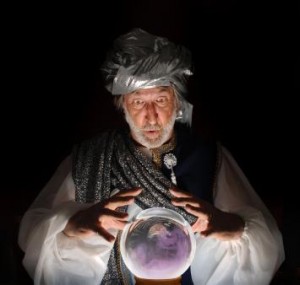 But let’s face it: no one is really going out on a limb with those predictions, and I’m not going to say that they’re wrong. They’re not. But there’s more going on under those mega trends.

I talk with a lot of enterprise customers who are trying to get to the next level of what they should focus on, and how to invest time, resources, and investments. Here are five of the top themes beneath the big themes that I hear from customers all the time.

Theme 1: Savvy enterprises will fully realize that access to data is central to enterprise app success.

Sure, cloud platforms are about all of the things we discuss all the time: ease of development, availability, security, scalability, and extensibility — but they’re also very much (centrally so) about the data.

In fact, the database should be thought of as part of the cloud platform so that the data are accurate, up-to-date, and always available. For too many cloud platforms, the data layer is considered separate from the cloud platform, not an integral part of the platform itself. More enterprises will find this type of platform causes too much effort to be spent in integrating data and keeping it in sync. The result is cloud silos.

User tolerance toward low quality apps is only going to decrease. What was tolerated before when it came to poor user interface and design absolutely won’t be tolerated anymore. How apps look and their workflow (especially mobile apps) are both crucial to success. This has always been true for consumer apps and has more recently become true for enterprise apps. Going forward, that won’t be so, especially as more and more millennials enter the workforce.

The expectations when it comes to the enterprise app experience are now no different than those for consumer apps. The app better be easy to use and intuitive, and if it’s mobile, it better be able to capture data within seconds as well as display relevant data instantly.

Theme 3: In 2014, enterprises came to fully understand how important the user interface is; in 2015 this understanding will shift to action.

There’s no reason why IT departments can’t provide apps that are effectively designed. My colleague Robert Duffner recently wrote a column on  The Six Habits of Successful Mobile First Enterprises. In it he, explains how design and IT are not mutually exclusive and that it’s essential that they work well together today. 2015 is the year they will. More companies will learn how to integrate design teams with development teams and to mature their development efforts so that great design is integrated into the overall experience that they’re creating.

Theme 4: Tools get put into use that empowers data analytics for all users

Historically, data analytics tools have been difficult to design, build, and maintain. But this year, we start to see fully cloud native data analytics tools that are designed cloud from the ground up. They’re agile and can be set up with a tap of button. And instead of being accessible only to a handful of data scientists, they are accessible to everyone in an enterprise.

By leveraging the vast amount of data deliverable by cloud, more relevant, actionable information can be instantly visualized than was ever before possible.

The typical enterprise worker is using dozens and dozens of apps, and many of them are cloud-based, with more becoming cloud-based every week. This means the perimeter is disintegrating into the fog of the cloud – but fortunately user identities don’t have to.

In fact, the interaction with authorized users and data is where we find the modern perimeter. This means it’s no longer viable to simply trust users once they are authenticated to a network and then allow them to do whatever they wish once inside. Today, for proper identity management, it’s important to understand what exactly users are trying to achieve when accessing an application. And, by understanding the past behavior of each specific user, what is known of his or her activity histories, the data and resources the user is currently attempting to access, and when a high degree of assurance of the user’s identity is possible, smart authentication and access control decisions can be made instantly and anywhere.

Certainly, not all of these themes will be embraced evenly throughout enterprises. By the end of 2015, you will see that more enterprises take the availability of their data in the cloud as a critical requirement, that subpar enterprise apps are largely left ignored by users, that big data analytics tools become more accessible to more users in more enterprises, and that cloud-based identity is increasingly embraced.

Director of technical platform evangelism at salesforce.com, and aspiring fantasy author. Regular speaker at cloud and developer events around the world, and an active contributor to open source projects and the developer.force.com community. When he is not working with the Salesforce Platform, building mobile apps, or writing books, Quinton can be found on twitter sharing his thoughts 140 characters at a time.
« Previous Next »