Browse: Home / The Best Google Wave Gadgets, Extensions and Robots for the Enterprise

In large part Google Wave has been ignored by the enterprise due to many factors (I’ve listed them below).  As you’ve probably read, Wave started as a huge splash but has been reduced to a ripple as of late due to the lack of a “killer app”.

Yet there are some enterprise-worthy applications for Wave that merit checking out.  Also, there is a new, noteworthy app for Wave on the horizon that is due to be launched at Google I/O this year (disclosure: I am an investor). 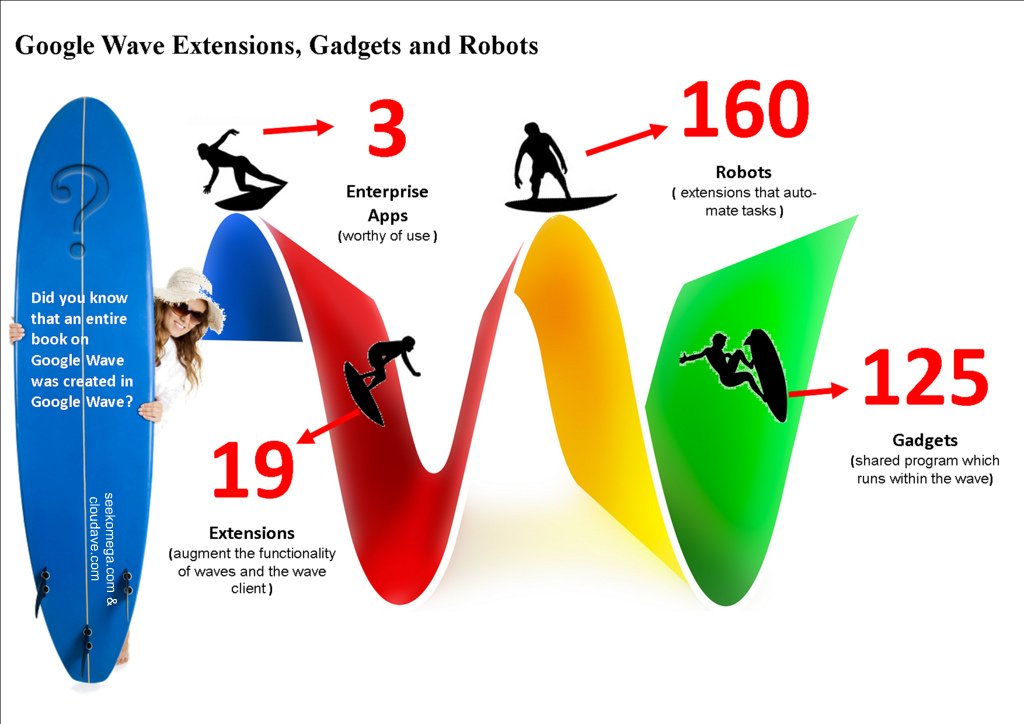 There’s no there – there

For some reason, Wave hasn’t attracted the types of apps that really leverage the power of Wave.  Wave is being treated like a consumer application when it’s actually an SMB or Enterprise level tool.  Out of the 300 gadgets, extensions and robots I looked at, only a handful passed the enterprise sniff test.  None are yet ‘killer apps’ or ‘must haves’.

What Google Needs to Do

From my perspective, there isn’t a developer taking advantage of Wave’s powerful collaboration features, DVR capabilities, or extending Wave into external sites.  They’re doing it at the superficial level, but not at the level they could.  It’s like driving a Ferrari in first gear.

Google seems to be courting SMB and Enterprise developers as they realize the advantages Wave has on business.  Yet they need to do more.  They need to build Google Wave Extensions into the Google App store to allow monetization options for developers.  They also need to provide users a better experience when trying to identify robots, extensions or gadgets to help them solve business problems.  Currently, it’s too difficult.

What the Enterprise Needs to know

You’re not missing much yet on Wave.  I do believe Wave will replace a lot of the email functionality and project management applications in the future.  Still, for several reasons, developers haven’t flocked to Wave yet.  As Google figures out how to develop applications for the Enterprise & SMB, Wave will become a much more important part of the Google arsenal.

For now, try some of the 3.5 or higher rated Google Wave Apps above, then be ready as Wave integrates with Buzz and Gmail in the future.  You still have some time, but try not to r

ead too much into the pundits that are understating the potential of Wave.

P.S. If you’re looking for a potential killer application for Wave, follow Unawave for more details.

One response to “The Best Google Wave Gadgets, Extensions and Robots for the Enterprise”