Browse: Home / The Art of the Enterprise- The Ovation

The Art of the Enterprise- The Ovation

“You simply must fire that guy, he’s after your job!”, said the CFO.  “He’s had it in for you since he brought in that ERP system against your wishes.”

“I’ve had enough of him. I am going to embarrass him in front of the board next week,” said the CEO.  ‘”He’s pulled one too many tricks on me and he’s going down.” 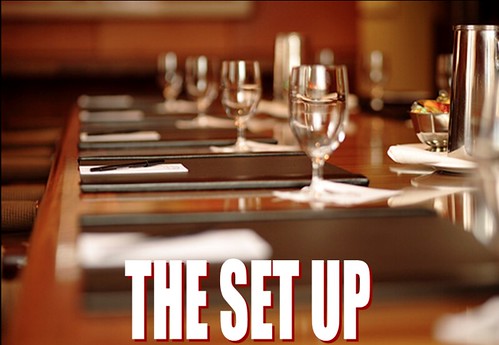 The Chief Information Officer’s name was John Grand.  Grand was a big picture guy with extraordinary execution skills.  Employees loved him because he solved their problems.

Grand’s first week at the company was spent surveying each of the business units and gathering requirements for his first 90 days.  He had an innate sense of mission and duty to the business unit leaders and they knew it.  Knew that Grand was a guy that was looking out for their best interests.

Grand quickly determined that the company’s ERP system was insufficient and not serving the needs of the enterprise.  It was  a mixture of disparate systems wrapped together with digital duck tape.

The entire customer order to fulfillment process was broke and orders took much longer than the industry benchmarks.  Making matters worse, inventory was at an all time high due to the inability of the organization to forecast sales.  The company operated on spreadsheets that were strewn across the organization like a cluster of unconnected dots.

Something had to be done.

When Grand proposed a new ERP system at the next Executive meeting the CEO and CFO balked.  “The current system is fine John, we don’t need to spend the money,” said the CFO.

“I have to agree,” said the CEO, “the company is operating at peak performance.”

“With all due respect, our business unit leaders disagree,” said Grand, “they are growing more and more frustrated at the extra time everyone is putting just to take orders and ship product to customers.  Their best employees are quitting to join our competitors. Worse, we don’t have any visibility into our fulfillment process.”

“We’ve done just fine without it John,” said the CEO, “we’ve grown to a $200 million company without a new ERP system and I don’t think we need one now.”

Grand didn’t get the ERP system but he did get the complaints. In fact the CEO had made sure the complaint department was open 24 hours.  He claimed it was in the best interest of the company to “share the pain” and that Grand needed to step up.  Grand was on call.

But after several customer shipment disasters and lackluster growth, the board decided to step in and authorize the purchase of the ERP system.  The CEO and CFO were livid.  “How dare Grand interfere with the board,” they conspired, “is he trying to get us fired?”

The company’s largest supplier was the CEO’s best friend. They had attended the same college and chased the same girls. The supplier supplied the main parts for the company’s flagship product.  One week without the parts and the company would incur significant losses.

The supplier was slow in fulfilling the company’s orders and their quality of product was deteriorating.  If they were six sigma rated, their level would be less than one. 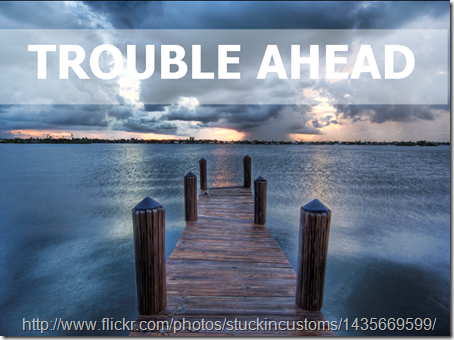 Before the new ERP system was implemented, detecting these changes over time was impossible.  But Grand’s new ERP system made detection far easier.  The system helped manufacturing determine that their largest supplier was hurting.  A few more financial checks and they realized the supplier was headed towards bankruptcy.

When the CEO and CFO found out about the new arrangement they were apoplectic.   “How dare he do that to me!” said the CEO, “they have been a loyal supplier for years. We golf together, I will be embarrassed at the club ”

“Grand is a fool,” said the CFO, “he recommended manufacturing spend 20% more for the same parts? He’s got some nerve!”

The CEO and CFO were of one mind.  A business relationship of little quality and no sense of mission. To them the act of management was neither fun nor tedious.  It meant nothing.  They had heard that the CEO made decisions and the CFO watched the treasury, and so they did.

“I’ve had enough of him. I am going to embarrass him in front of the board next week,” said the CEO.  ‘”He’s pulled one too many tricks on me and he’s going down.”

Later that week the CEO got a call from his friend.  His friend explained how sorry he was but the supplier’s company was taken over by the authorities because he hadn’t paid payroll taxes in 2 years.  He said he would have warned the CEO had he known, but he hadn’t any notice.

The CEO’s friend said nothing of the impact the lack of parts would do to the CEO’s company nor how his friend would help him resolve the issue.  His main supplier and friend, was bailing on him.

The CEO didn’t go in with his original script.  In fact the script changed dramatically.

The CEO started: “Some weeks ago I instructed the IT department to research the performance of our supplier base and ensure that each were in a sound financial position. If they found a suboptimal supplier they were told to either replace them or find a back up supplier.  Fortunately, we found out during this check that our main supplier was in trouble.”

“I then instructed manufacturing to find a suitable replacement.  They found a back-up supplier but they were 20% higher than our main supplier.  I checked with our CFO and he gave me the green light to proceed in giving them up to 50% of our part supply needs.  The increase in price was worth mitigating the risk of losing our main supplier. Had I not anticipated the supplier issue and subsequently made the decision to bring on
another supplier, we would have lost millions in sales,” he said.

The Board of Directors sat motionless and didn’t have a single question.  But then something astonishing happened. They clapped.  A standing ovation for the CEO.  Something never before witnessed in the board room.

“I do believe we should ask for the resignations of the persons responsible for this near disaster,” quipped the CEO, “I’ll circulate the names for you shortly.”