Browse: Home / The Benefits of Letting Others Recast Your Problem

The Benefits of Letting Others Recast Your Problem 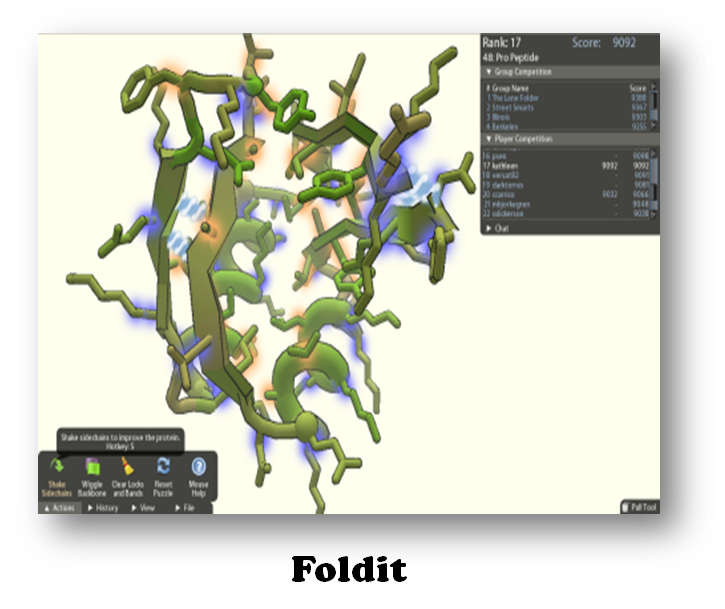 At the recent Spigit Innovation Summit, MIT professor and leading Enterprise 2.0 thinker Andrew McAfee related the crowdsourcing story of Foldit, about which he also blogged. Foldit is an online game where rank amateurs can try their hand at folding proteins. And they do well! Quick background first.

Our cells produce a variety of proteins, the building blocks for our body. After these proteins are initially created, they fold into a predetermined final shape. A particular protein always folds into the same shape. But scientists are at a loss to explain why. Software programs have been written to simulate the folding, but they aren’t that good at figuring out the final folded shape. To examine all possible combinations of folding for a given protein would take a computer more than 100 billion years.

Enter Foldit, an online game created by a team from the University of Washington. Foldit allows anyone to try their hand at folding actual (well, simulated actual) proteins into the most compact shapes they can. Over 57,000 people have downloaded and played the protein folding simulation.

Those alone are fascinating results. But a small item Professor McAfee mentioned caught my attention:

Are the scientists themselves the ones playing Foldit? Maybe, but they’re not the best at it; none of the five highest-scoring players took chemistry classes beyond high school. The team behind Foldit realized that even ‘normal’ people have a number of interesting attributes that make us well-suited to tackle protein folding challenges.

The story of Foldit is more than man-versus-machine, it’s also a story of how crowdsourcing allowed a tough problem to be recast to find a solution.

Breakthroughs occur when a person restructures the problem, thereby recognizing that one is exploring the wrong space.

Is the protein folding question just a “biochemistry problem”? No, it’s a problem with multiple angles. What Foldit showed is that there is another way to consider the issue. It’s a spatial reasoning problem. As Professor McAfee notes in his post: “Protein folding is, at its heart, the work of folding an initial shape into a smaller shape.” And some people are particularly gifted at spatial reasoning.

To put this on context, consider a major benefit derived from various forms of social software. That knowledge is shared, and each participant gains access to new information that helps them with an idea, a project, or an issue. This is a highly valuable outcome.

What’s different in this case is the focus isn’t on accessing knowledge that can help solve the problem. It’s accessing different perspectives to solve a problem: 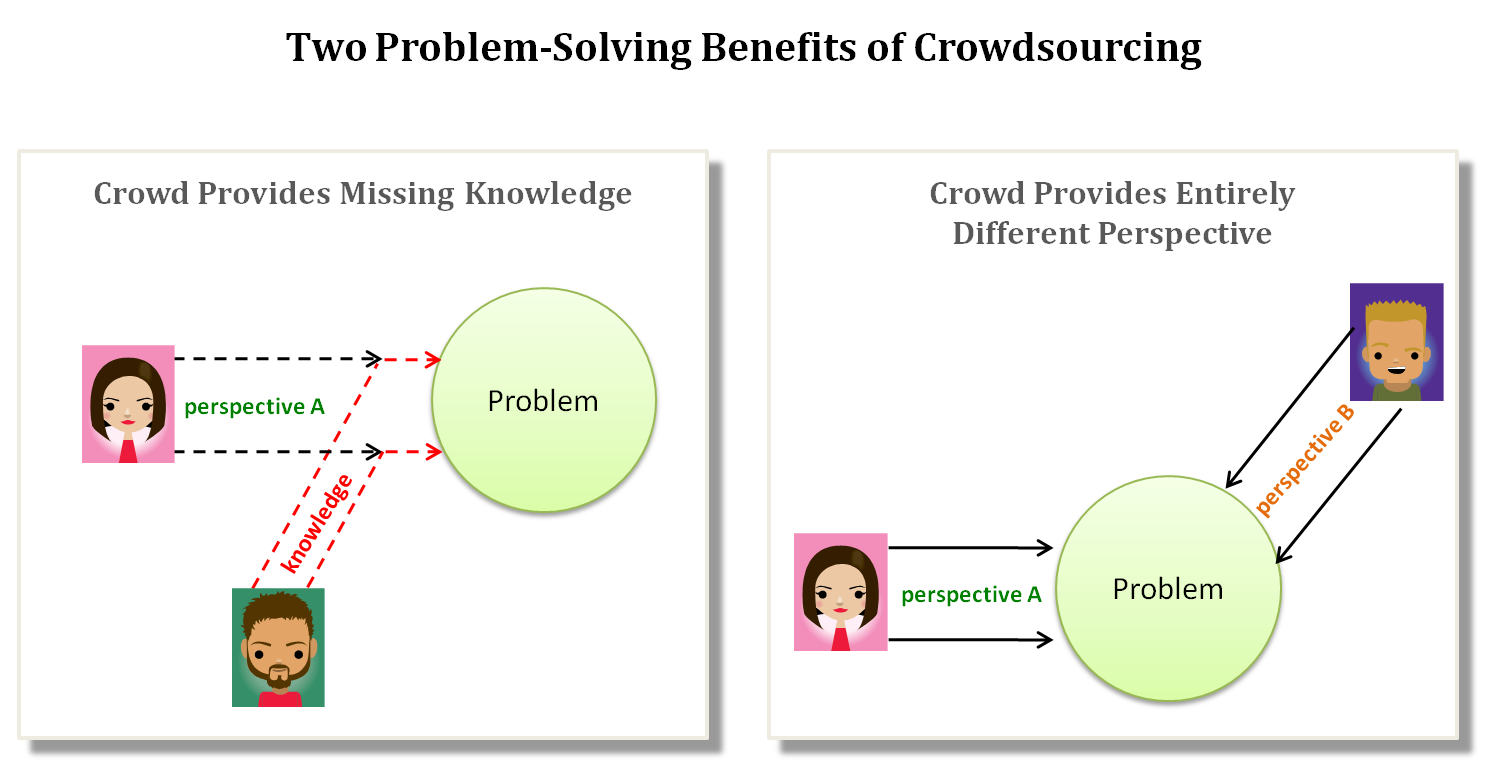 What is meant by perspective? Professor Scott Page of the University of Michigan provides a good definition in his book The Difference:

A perspective is a map from reality to an internal language such that each distinct object, situation, problem, or event gets mapped to a unique world.

What you’re getting is not a bit of information that completes the knowledge library you need to solve a problem. You’re getting different mental models for the nature of the problem.

Consider the findings of researchers in a 2006 paper, The Value of Openness in Scientific Problem Solving (pdf). They examined the results when companies posted tough technical challenges to the scientific community, which were solved. Part of the research was to compare the field to which the problem applies versus the field of expertise for the winning solvers.

This is where the results are fascinating. The probability of solving a problem tripled when the problem was completely outside the individual’s realm of expertise. As the researchers note:

Our most counter-intuitive finding was the positive and significant impact of the self-assessed distance between the problem and the solver’s field of expertise on the probability of creating a winning solution. This finding implies that the farther the solvers assessed the problem as being from their own field of expertise, the more likely they were to create a winning submission. We reason that the significance of this effect may be due to the ability of “outsiders” from relatively distant fields to see problems with fresh eyes and apply solutions that are novel to the problem domain but well known and understood by them.

While the examples herein are scientifically oriented, there is no category limitation on problems to be solved or the variety of perspectives people hold.

A problem is a problem, whether scientific, marketing, manufacturing, financial, etc.

Finding those who can recast the problem according to their own mental maps is the difference. Get people out of a rut in relying on their limited perspectives to solve all problems. Leverage the different mental models employees are carrying around in their heads.