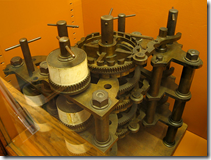 Why did it take until 1946 for the first computer to be invented?  All of the elements were in place by 1918.  It’s not because there weren’t companies capable of creating the computer.   In fact in the late 1800’s over 1000 electrical apparatus companies were formed to build electric devices.

6 elements of knowledge need to create the computer

In 1918 the knowledge necessary to build the computer was scattered around the world.  Outside of libraries, Universities, and Military think tanks there wasn’t a central repository for knowledge that a company or individual could access to piece these elements together.  In large part this situation remained until the 21st century.

Modern Day Companies are Stuck in the Early 20th Century

Let me ask you, does Your Patent Wall Look Like This? 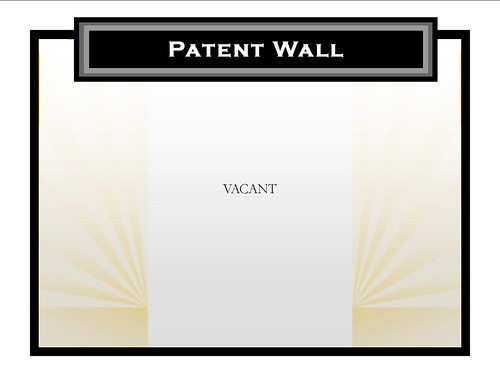 If it does it stems from a lack of knowledge capture and execution.  Either your culture is devoid of free flowing ideas due to draconian policy or your company does not have the infrastructure in place to capitalize on new knowledge.

Think about your average day.  In the flow of your workday you probably notice 2 or 3 things that the company can improve to become more productive.  Once a month you may even have a game-changing Eureka idea that fades away as quickly as night falls.

Those that happen to write these ideas down don’t share them across the organization because pen and paper aren’t easily discoverable.  Some do take it even a step farther and email their idea to a few friends or their boss.  But most people’s email are overflowing and the idea becomes lost and no one acts on it.

Some companies value innovation but recognize their lack of infrastructure (or they don’t trust their employees) and outsource ideation to consultants.  But this approach unfortunately leaves your company’s future is in the hands of people that have no long-term accountability.  Plus it’s a lot more expensive.

So How do You Turn the Situation Around?

To find out let’s return to one of our innovation experts  Hutch Carpenter of Spigit.   As Hutch stated previously, executives and middle management need to embrace an innovation mindset (BTW: Hutch wrote a great piece of his own on Innovation here).

Social incentives include additional followers, content ratings, user ratings, user avatars and the internal equivalents of re-tweets.  Financial rewards include monthly cash awards for ideas that get implemented or an X Prize where the first person or group that solves an issue is rewarded with a large cash prize.

Hutch cited one company that began the year with $15 million in financial rewards for all ideas that reached the prototype stage.  The incentive was highly popular and produced fantastic results.

Hutch also emphasizes that entire idea evaluation process must be transparent. He says, “make it public and show the idea flow through the entire process. During the front end of ideation, free form is important. But you need structure towards the back end of this process in order to properly implement the best ideas.”

This is due in part to the possibility that the idea will negatively impact another department.  In large corporations this is especially important to prepare for as one calamitous implementation may kill the entire innovation program.  All corporate divisions need time to absorb the idea implications and decide what impact it will have on their departments.

So What are Innovation Implementation Best Practices?

“In innovation as in any other endeavor, there is talent, there is ingenuity, and there is knowledge. But when all is said and done, what innovation requires is hard, focused, purposeful work. If diligence, persistence, and commitment are lacking, talent, ingenuity, and knowledge are of no avail.” – Peter Drucker

According to Hutch, successful innovative companies have a well defined process flow for how ideas are implemented.  The executive team or steering committee defines this process up front.  They decide who makes decisions, which departments are responsible for due diligence, and how the idea is eventually implemented.  Most of the structure is on the back end of the process in order to encourage the free flow of ideas on the front end.

Once the process is defined, stick with the process because your employees are counting on the process to work as advertised.  Transparency is the key here.  Followed by social recognition and if necessary financial rewards. Think of the process in terms of bringing ideas to life.  Nurture, encourage and execute.

Tools like Spigit help define the workflow and provide transparency to the ideation process.  Spigit also allows messages from employees to help to refine the ideas.  That enables people to see them, vote on them, and the cream (best ideas) rises to the top.

This process helps people distill ideas together in unique combinations that incrementally improve business processes. Or like the computer example above, develop completely new products from existing knowledge.  Then your organization can act on the ideas with the highest dollar value to the company.

If you’re not doing this today, your competition will be.  Best to evaluate your options.&
nbsp;