In the three weeks that have passed since being subsumed into the high-velocity Citrix machine, I’ve been spending a fair amount of time meeting with, and listening to, a broad range of existing and potential customers, both service provider and “enlightened” enterprise, as they work through the planning and delivery phases of their respective cloud […]

From Bricks to Building Blocks…

It’s quite amazing to think and reflect on that fact that I’ve been in the business of helping build big stuff for the best part of 16 years. When I say building big stuff, it’s not big, shiny new stuff like your Salesforce or your AWS but, y’know, real big, knock-your-socks-off awesome stuff like airports, […]

At the recent Gluecon event in Colorado, I was fortunate enough to run into my friend Sam Ramji from Apigee and took the opportunity to grab some time with him after he had delivered his excellent panel presentation which was intriguingly entitled “Globalization, Black Swans, and APIs”. It’s always great to bounce ideas and share […]

What happens in Vegas…

As I board the plane to head to Las Vegas for 2011′s Interop and Enterprise Cloud Summit, predictably, yet somewhat rhetorically, the great AWS outage post mortem continues to rumble on. Exactly two weeks after the event, blog after blog and article after article continues to serve up a veritable range of delights from the […] 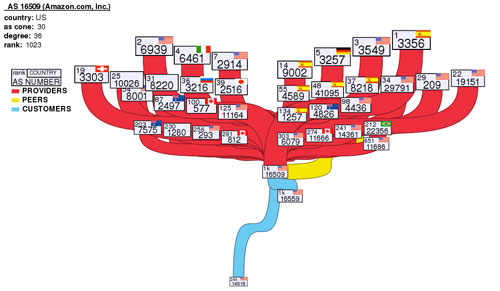 If you’ve been following breaking developments in Cloud this past week, it will probably have included at least eleventy-six references to vmware’s Cloud Foundry announcement along with some excellent write ups on the topic – including this one from my Cloudave brother, Krish Submaranian and this, quite literally from the horse’s mouth, ex-Spring head honcho, […]

My incredible passion for anything related to aviation has burned an indelible problem into my existence. I have a recurring dream. It happens every few months,  rarely with much deviation from the plot, yet it is guaranteed to end in the same way – me waking with a smile on my face. In the dream, I am wandering around the […]

There are fewer sobering moments in the life of a Principal Technology Architect (which is apparently my official new title) than returning from a trip to the crazy world of Silicon Valley and next day finding oneself standing before a room full of CISOs from some of the leading Fortune 100 companies, rattling off a […]

Warning: This is a long post. If you suffer from ADD (like I do) then maybe this one isn’t for you. Blink and you’ll miss it. No, not a shooting star, but the release of yet another celestial feature set delivered by the mercurial team at AWS. These days, it seems there is not a […] 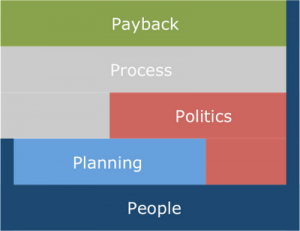 Last week, Cisco (and thecloudcast.net) all round good guy, Brian Gracely, posted a very thought provoking piece entitled “The 5 P’s of Cloud Computing“. In the blog post, Gracely uses his strikingly simple yet very powerful framework to drive home a rather obvious, yet seemingly hard-to-grasp concept – not everything about cloud computing success is […]

Thursday, March 3, saw the simply brilliant folks at AWS shuffle another tantalizing step closer to persuading an Enterprise to move VMs to their burgeoning EC2 platform by making it as simple as taking candy from a baby. Say hello to the “EC2 VM Import Connector”. Immediately following the announcement, that broke, as usual, via an effortless tweet from AWS’ Jeff Barr, […]