Credit-rating company Equifax’s data breach, which involves an estimated 143 million people, may not be the largest that we have seen, after all Yahoo lost billions of emails in a series of data breaches, most of them brought out to the public much later. Given the nature of data at play here, this is clearly […]

The tech behemoths Amazon, Microsoft & Google are established players in one of the battes that will change the future of customers view and investments of computing. This is an area with a potential hundred billion dollars plus that can be secured for the vendors – a lucrative space that each one wants to corner […]

As known for quite sometime, Apple is working to get its new streaming music service, Connect, up and running. It followed what is generally taken as the standard way of launching things: offer the service free for the first three months. But, Apple then made a decision that quickly showed itself as short-sighted. Apple also […]

Digital Transformation To Serve The Business

Digital technology is clearly driving massive change in enterprise and consumer behavior, prompting business and brands to rethink the way they reimagine the ecosystem in which they operate and in their strategies to reach, engage and retain customers. In simple terms, it can be said that the customers expect more from the business that they […]

The present era of business is seeing lot of excitement and promise all around. Around the world, every day in our lives bring lot of changes – fast, unpredictable and may times we have to struggle hard to understand what the change stands for. Globalization, technology has transformed the playing fields across continents, industries and […]

Digital Customers : The Success Of Relevance

In this consumer era, the power of the consumer is such that they tend to make no practical between the digital and the real, the online and the offline. The current age is characterized by the fact that digital is simply part of our daily lives, from working and shopping to sleeping and eating—even finding […]

The sweeping opportunities arising out of digital centered structural changes in enterprises are really enriching and can create deep business impact in the short and, medium and long-term. The participants in the digital world enjoy high degree of empowerment with a mouse click or with access from any digital front-end device. In the multichannel world, […]

It is now common knowledge that digital is changing the fortunes of many business – impacting both positively and negatively, depending on their level of preparedness to embrace digitalization. In every industry, competing business leveraging digital technologies, platforms and relationship to win over rivals, get more customers and their business and loyalty, and thereby rewriting […]

On my flight to Boston, I came across this article titled: We Need Better Managers, Not More Technocrats from Harvard Business Review. This set me thinking for not many articles have touched the issues of digital transformation at its core, in so far what I have seen and so mentally egged me to draw this […]

I have used Concur system for several years and had seen it evolve over time. Earlier this quarter, when I saw this announcement about Concur, Uber and AirBnb coming together, I knew that they are aiming big, given Concur’s active partnership with the likes of United, Marriott, IHG and Avis. There is definite meat behind […]

Karl Heinz Streibich is the CEO of Software AG – a very well-known name in the technology industry has now come up with a book titled- The Digital Enterprise, bringing out the moves and motives of Digital Leaders. Fellow Enterprise Irregular and a great friend Vinnie Mirchandani has narrated this impressive book due for release […]

Big Data : In Election And In Business Creates Big Impact

The US Election results and the process have created worldwide impact. Not only it was noticed for electing someone for arguably the most powerful office in the world, it brings along with it many innovations and advances. In 2008, when Mr. Obama won the elections for the first time, it was very clear that technology […] 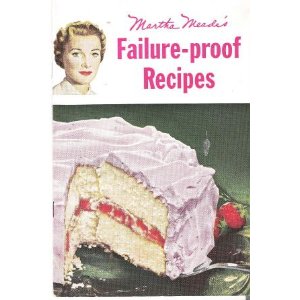 If IT can position the company for a transition, it can rightfully take the role of an anchor facilitating change to make business successful rather than a drag holding back progress . Contextually, if it can be determined early enough that leveraging…

Just returning from an intense workshop with a customer on their future IT plans on spending and mode of operation . The meeting reinforced amongst other things that in the world of business, in some pockets men and women who are smart otherwise somehow fail to fathom the complexities in the area of business processes […]