What job are people hiring your product to do?

I am a product guy, dating back to my days as a design student at Stanford. I’ve been a fan of Clay Christensen ever since “The Innovator’s Dilemma,” and even interviewed him for the student newspaper when I was a Harvard Business School student. Which is why I’m shocked that I hadn’t heard of Clay’s […] 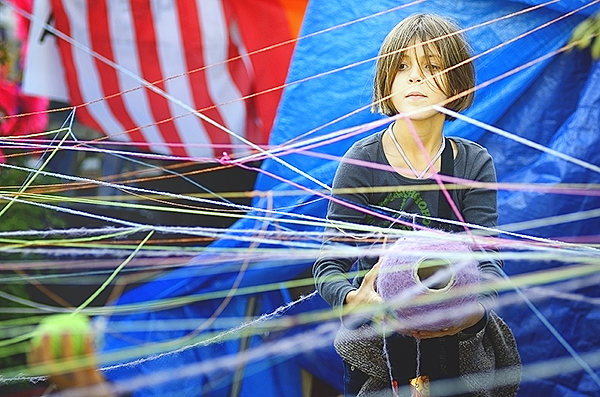 Design thinking: A New Approach To Fight Complexity And Failure

Photo credit: String Theory by Michael KrigsmanThe endless succession of failed projects forces one to question why success is elusive, with an extraordinary number of projects tangling themselves in knots. These projects are like a child’s string ga…

Taking The Quotes Out Of "Design Thinking"

Bruce Nussbaum, a design thinking thought leader and a professor of Innovation and Design at Parsons The New School of Design, recently wrote that Design Thinking Is A Failed Experiment. He claims that: Design Thinking has given the design profession and society at large all the benefits it has to offer and is beginning to […]

IDC Says SaaS Is Making It Big In Enterprises

Today morning I wrote a post that pointed to a Gartner report that said SaaS revenues from enterprise application market has increased 14.1 percent in 2010 compared to 2009. Now the market research firm IDC has come out with a study that forecasts the market to reach $40.5 billion by 2014, representing a compound annual growth […]

As an end user, I’ve worked with a lot of software and most of the software user assistance is far from great.  Yep, I said it.  And it’s true, Mostly.  I realize this article isn’t going to gain me any more friends.  I’m okay with it.   But before you pass final judgment, please read on.  […]

While Salesforce.com CEO Marc Benioff is already talking up Cloud 2 , many are still stuck at Cloud One

Cloud Computing Market In India To Reach 1 Billion By 2015

On Vaporware… And Google… And my Need for (Mobile) Speed

So this is a bit of a rant. I was at the Google IO keynote a month ago and sat transfixed at the Froyo demonstration. The mobile operating system that promised to provide an answer to mobile speed, cancer and early balding. I got my free HTC EVO, sold it and bought a Nexus One […]

I Hate to Say I Told You So.. But Ciao – SecondLife Work

All around nice guy, and superstar sans hair Mike Maney suggested a new title for this post – “SecondLife Heads for the Afterlife” – I kind of agree with him. Mike, this one’s for you…. I was at the Enterprise 2.0 conference last year when Linden Labs announced Second Life for Enterprise. I held no […]