Yesterday at IBM Innovate 2011, IBM announced a new Rational Solution with an eye towards a cloud dominated future. IBM Innovate is the annual user conference for their Rational Software users. During the event, they also showcased Suntrust Bank, a large US bank, using Rational Software which reduced the software deployment issues by 93%, help […] 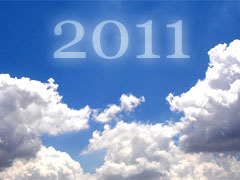 Research Report: Cloud Trends In 2011 And Beyond

Image via CrunchBase Recently, IBM released a study that talked about how midmarket organizations view IT in 2011. As US and rest of the world emerge from one of the worst economic troubles they have ever encountered, organizations are opening up their wallets for spending. IBM tried to find out the purchasing patterns, business issues […]