Creating a CloudFront distribution is fairly straight forward. You just need to know if you want to do streaming data or download data, and have your items in an S3 bucket already. CloudFront is a very cool way of setting up a cheap Content Distribution Network using Amazon Web services. This video goes through the […]

If you ever wanted a painless way of transcoding video to some 120 different devices, then the new Elastic Transcoder service from Amazon Web Services is the service you are looking for. This is probably the easiest service to use of all the Amazon Web Services out there. All you have to do is record […]

Amazon Web Services provides a number of Software Development Toolkits (SDK’s) that will help the programmer make the most of Amazons exposed APIs for the various services that they provide in the cloud. While the AWS (Amazon Web Services) console is good for day to day administration and control over the services you have set […]

Using Route 53 Amazon’s DNS Service for the Cloud Route 53 is Amazon’s answer to a high availability and scalable DNS (Domain Name System) web based service. While there is no DaaS (Domains as a Service) in the formal cloud nomenclature it makes sense to have a globally distributed Domain Name Service that can work […] 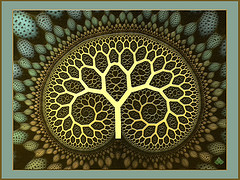 Image by Anua22a via Flickr KnowledgeTree, a provider of cloud-based document management solutions based in Raleigh, North Carolina, today announced that customers on their enterprise payment plan will be able to download copies of documents, workflows and associated metadata for local backup. As Krish noted when the company recently announced their single sign-on capability, these […]