Did We Get The Cloud Infrastructure Business Wrong?

By Krishnan Subramanian on August 6, 2010

The conventional wisdom among the pundits covering Infrastructure services is that cloud infrastructure business is a high volume low margin business. Some pundits even dismissed Amazon Web Services because they are not going up the stack to differentiate themselves unlike, say, Salesforce.com. Amazon probably isn’t going all that far in it [cloud]. It’s got great […]

By Krishnan Subramanian on August 3, 2010

Skytap Adds Enterprise Features During Their Evolution Towards Cloud Automation

By Krishnan Subramanian on August 3, 2010

Skytap, the Seattle based company which was originally focussed on Lab automation, has announced some features more suitable for enterprise customers. Enterprises today are much more open to cloud adoption than, say, one year back. Slowly, companies focussing on infrastructure are adding more and more features that will make their offering more attractive to enterprises. […] 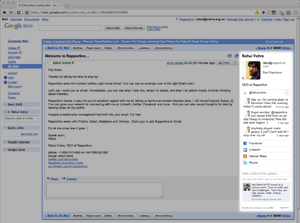 Increasingly, we are seeing trends that point out to Social CRM becoming the next hot thing in the application world. Unlike the traditional CRM apps, social CRM mines the data in your social network to offer more relevant information regarding your contact or potential customer. Even though the traditional CRM vendors are slowly waking up […]

When I wrote about Openstack last week, I talked about the disruptive potential of an Openstack.org and how it can make the market by empowering the smaller players. Many people who dismiss Openstack.org as a non-starter fail to understand that it is just a start. Openstack.org doesn’t claim it has the miracle pill for all […]

By Krishnan Subramanian on April 1, 2010

Image via CrunchBase Recently I wrote about Groundwork Open Source, an enterprise level network monitoring tool built on top of Nagios. Today I am hearing that they are preparing themselves to target enterprises who are using private clouds. They are pretty close to offering a monitoring solution for Eucalyptus clouds. We all know that Eucalyptus […]

IT Management Made Simple With Zendesk And GroundWork Open Source

Image via CrunchBase Zendesk (see Ben’s previous coverage of Zendesk at Cloud Ave), an elegant and simple on-demand helpdesk tool, is now bundled with GroundWork Open Source (GWOS), a network monitoring appliance built on top of Nagios, to offer an enterprise ready IT Management tool. Enterprises are still reluctant to embrace SaaS wholeheartedly. However, we […]

Alcatel-Lucent Empowers Developers With A Sandbox On The Cloud

By Krishnan Subramanian on February 16, 2010

Mobile platform is getting hotter and hotter for developers. After iPhone turned the user behavior of mobile devices upside down, a gold rush began for developers. The huge success of iPhone platform has made mobile very attractive for everyone from users to developers to, even, enterprises. The success of Android platform and the excitement created […]