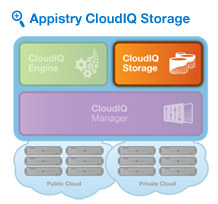 It’s Cloud Connect week – which means that every Cloud vendor under the sun is launching new products or services. Not wanting to be left out, Appistry today announced the availability for beta testing of Appistry CloudIQ Storage. CloudIQ Storage is a play for data intensive applications in the cloud – beta clients are running […] 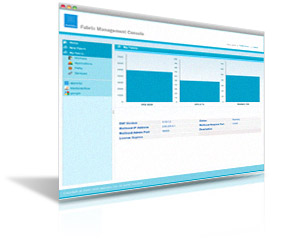 Last few months saw the proliferation of Cloud Computing into all parts of US federal government, aided by a cloud friendly policy of Obama administration. In my opinion, government’s jump into Cloud Computing is a strong validation for the cloud based services. Rhetorically speaking, if the government can trust the clouds, what is the problem […]

GlueCon – It’s All About the User

What am I doing blogging at 2am? Preparing for my panel tomorrow which, although entitled “Platforms and Clouds: Building Out Web Apps in the Sky”, we’ll subvert to a different theme. The panel includes; Sam Charrington from Appistry Peter Coffee from Salesforce.com Jeff Collins from Intuit Jeff Fedor from Parkvu I met with some of […]

Appistry releases CloudIQ Manager; co-founders talk about their company and the Cloud

St. Louis, Missouri-based Appistry [CloudAve coverage] announced CloudIQ Manager yesterday, describing it as;  a smarter approach to cloud computing. As companies migrate their heterogeneous applications to cloud-based environments, Appistry CloudIQ Manager provides a single point of application management across the enterprise. Ahead of this announcement, I spent some time last week talking with two of […]

Few weeks back, I wrote about Appistry Enterprise Application Fabric (EAF) which takes a collection of commodity servers and offers them as a single powerful virtualized resource. It helps enterprises achieve Google like reliable environment without the scale of Google. In the past couple of weeks, we have seen announcements regarding Amazon’s support for Windows […]

By Krishnan Subramanian on October 7, 2008

When Larry Ellison trashes cloud computing, the best response will be to put him out of work. You might call this crazy but in the words of Robert X. Cringely, it is just doable. He suggests that cloud computing can get back at Larry by saying “No Database”. We're entering the age of cloud computing, […]