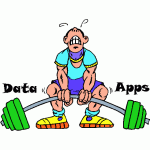 Google and Resellers? – How Happy is the Relationship?

Recently Google announced a new tool that would allow users to migrate email, contacts and calendar data from on-premise and hosted Microsoft Exchange to Google Apps. The tool would specifically: Perform a centrally managed bulk migration of users Selectively migrate email, calendar or contacts (or any combination thereof) Migrate in phases for very large migrations […]