This must be do-good-week.  Amongst all the talk about Ashton Kutcher’s challenge to CNN, how the follow-on Oprah show pushed Twitter to never-seen height, little attention was paid to the small fact that this initiative generated over $1 Million donations to Malaria No More.  Ashton started with his $100,000 check and was soon joined by […] 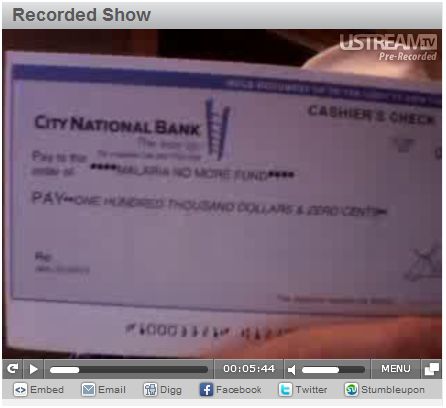