Reddit, Foursquare, EngineYard and Quora were among the many sites that went down recently due to a rather prolonged outage of Amazon’s cloud services. On Thursday April 21, When Amazon Elastic Block Store (EBS) went offline, it took many of its Web and database servers depending on that storage down. With Amazon working aggressively to […] 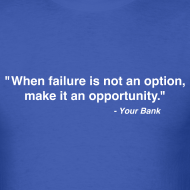 Designing For Failure: Some Key Facts

The AWS outage from last week brought the idea of “design for failure” into focus in many of the discussions around the cloud world. Looking back at the outage, it is pretty clear that only those apps that were designed for failure withstood the outage and the rest, especially the ones without even a DR […]