Big Data : In Election And In Business Creates Big Impact

The US Election results and the process have created worldwide impact. Not only it was noticed for electing someone for arguably the most powerful office in the world, it brings along with it many innovations and advances. In 2008, when Mr. Obama won the elections for the first time, it was very clear that technology […] 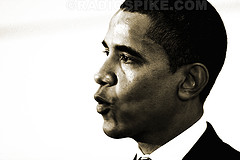 By Krishnan Subramanian on November 25, 2008

Image by radiospike photography via Flickr I started writing this post after learning about the data breach that happened to President-Elect Barack Obama. Midway through the post, I decided to make it as a part of SaaS Risk Reduction Series. This is the fourth post in the series. Recently, the tech blogosphere was buzzing with […]

By Krishnan Subramanian on November 5, 2008