billFLO is dead.  Most of you probably never heard of this startup – I admit I did not follow them, just met the Founder at a few conferences, liked him as “nice guy”.   Ben covered them here, in fact he even became an Advisor for a while, his last post reporting the sale […] 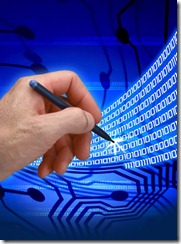 B2B Integration, Available to the Little Guys at Last. Acquisition, funding and bootstrapping

Lots of interesting happenings in the B2B integration space – some funding, an acquisition and a little battle aiming to bootstrap its way to stardom. Recently IBM announced its acquisition of Sterling Commerce – Colleague Ray Wang does an, as-always, excellent job of giving a quick perspective. Some key points from Ray’s post: On May […]

I’ve written before about billFLO, a service that enables users to send and receive machine readable invoices straight into their accounting system. They’re announcing this morning a deal which is a great case study to show the value that connected business services can bring to SMBs. It’s a subject I’ve passionately been discussing with a […]

Back in April I reviewed the newly launched service that billFLO provides. In their own words billFLO; billFLO focuses on eliminating invoicing friction for SMBs. We work with the likes of Quickbooks, Freshbooks, Less Accounting, Harvest and Blinksale to enable users to send and receive machine readable invoices straight into their accounting system. At the […]

Adoption – Slow but not That Slow

Yesterday I took part in a meeting for an advisory group that I belong to that’s looking at ways to deliver Government services to small businesses in a more integrated, simple and customized way. At the session, interestingly enough, were the GM of a traditional desktop accounting software product, and the CEO of a SaaS […]

It’s a big week for product launches – and a busy week for those commenting on the accounting software space. billFLO is this week launching its offering which it claims is the first low cost solution providing electronic invoice exchange for small businesses. Think of it as EDI for the rest of us… billFLO was […]