The UPDATED Decision Maker’s Guide to Jive Software vs. ThinkPassenger vs. Spigit Vs. BrightIdea

Tweet Innovation Edition You and I are trapped in a two dimensional corporation.  The corporate version of Carl Sagan’s Flat Land.  Where we only see a cross section of the truth.  But if we were able elevate the corporation into the third dimension we’d  have much better visibility and access to information. And that’s where […]

Spigit vs. Jive Software vs. BrightIdea: a Decision Makers Guide

Thomas Edison’s most important achievement was the development of an effective incandescent light bulb.  Most people believe he invented the light bulb but in fact he improved upon a 50 year old idea.  50 years to create what we now know to be one of the most important inventions of the 19th century.  Imagine if […] 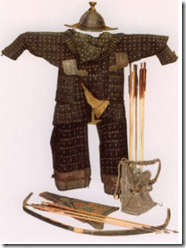 Around 1200 AD a Chinese-Mongol engineer came up with the idea of adding a silk shirt underneath their leather armor.  The resulting insulation drastically cut the injury and death rate of Genghis Khan’s army from arrow wounds.  Because the loose silk shirt would trap arrow heads and stop them from penetrating the skin.     If the […]