I have used Concur system for several years and had seen it evolve over time. Earlier this quarter, when I saw this announcement about Concur, Uber and AirBnb coming together, I knew that they are aiming big, given Concur’s active partnership with the likes of United, Marriott, IHG and Avis. There is definite meat behind […]

An HR business model for Millennials

Innovation requires rethinking how we do business. Here is a proposed approach for HR to re-examine how it serves the needs of Millennial workers.

As more and more on-premise software vendors begin their journey to become SaaS vendors they are going to face some obvious challenges. Here’s my view on what they might be. The street is mean but you can educate investors Sharp contrast between Amazon and Apple is quite clear. Even though Amazon has been in business […]

I recommend you read Fred Wilson’s recent blog post about the need for a well articulated business strategy before pushing a particular business model. Since Arrested Development is back I thought I’d resurrect Gob Bluth’s answer when he was told he needed a “business model” – he quickly figured out that he was missing one […]

As more and more on-premise software vendors begin their journey to become SaaS vendors they are going to face some obvious challenges. Here’s my view on what they might be.The street is mean but you can educate investorsSharp contrast between Amazon and Apple is quite clear. Even though Amazon has been in business for a […]

I Want USPS To Think Outside The Box

Recently I had to go to a consulate to get a visa and the consulate would only accept a USPS money order and a USPS pre-paid envelope. I went to a post office to get those. That particular post office decided to change their business hours that day to open late. I hurriedly drove to […]

Cloud And New Roles For Players

It’s often widely acknowledged that all players in the software ecosystem needs to make adjustments and put efforts to embrace the world of cloud. We saw in the earlier posts the nature of issues that need to be confronted by buyers, IT service providers/Outsourcing firms, internal IT . Now lets look at some issues to […] 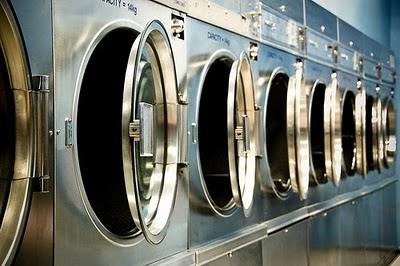 In my previous post “While Entrepreneurs Scale On The Cloud The Angels Get Supersized” I wrote about how cloud computing is disrupting the VC industry. Continuing on the thread of entrepreneurship I am seeing more and more entrepreneurs building applications who do not belong to any formal organization, start-up or otherwise. The definition of what […] 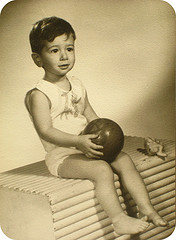 That’s yours truly on the left in full glory, albeit a bit scared at a photographer’s studio. Why black-and-white, you may ask?  Well, there was no color photography back in 19xx  (date censured). This formerly black-and-white photo has turned sepia, but that may just be acceptable over 4 decades (oops, I let it slip out), […]

@jowyang and the Circle of Life

A hot news item out of Silicon Valley is that my old friend Jeremiah Owyang has left Forrester Research to form the equivalent of a rock supergroup by joining Charlene Li, Ray Wang, and Deb Schulz at Altimeter. This is great news for all of those aforementioned rockstars, but it is also a classic example […]

I’m a SaaS evangelist – not because it’s a better delivery mechanism per se, but because it opens up lots of possibilities which simply aren’t attainable with traditional installed software. The current economic climate and the cost cutting measures we’re seeing have made me think about different strategies SaaS vendors can use to create compelling […]