In the 1940’s a psychologist Dr. William Sheldon came up with a classification of body types – endomorphs, who have a high percentage of bodyfat; mesomorphs, who are muscular and ectomorphs, lacking either much fat or muscle tissue. While this was intended as a general framework Dr. Sheldon also stated most people were a mixture […] 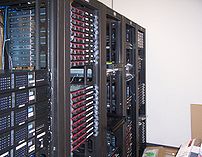 Image via Wikipedia Last month, I was talking to a former client who runs managed hosting by renting network resources in a local data center. He was talking to me about his difficulties in disposing off the pre-owned "old" servers. I was telling him that he should put those servers to use under a cloud […]