I you are far away from SF or don’t have the time / money needed to attend the Twitter developer conference, help is on the way from Justin.tv. Here is the live webcast of the event. 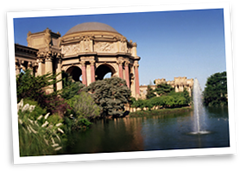 Twitter’s Chirp developer conference is gathering today at the scenic Palace of Fine Arts in San Francisco, and I though it was only appropriate to greet them with this Chirpy video from … well, let’s just say from before most of them were born:-) It’s a busy conference week: Jacob will soon check in from […]