Thrive For Precision Not Accuracy

Jake Porway who was a data scientist at the New York Times R&D labs has a great perspective on why multi-disciplinary teams are important to avoid bias and bring in different perspective in data analysis. He discusses a story where data gathered by Über in Oakland suggested that prostitution arrests increased in Oakland on Wednesdays […]

A Data Scientist’s View On Skills, Tools, And Attitude

I recently came across this interview (thanks Dharini for the link!) with Nick Chamandy, a statistician a.k.a a data scientist at Google. I would encourage you to read it; it does have some great points. I found the following snippets interesting: Recruiting data scientists: When posting job opportunities, we are cognizant that people from different […]

During his recent visit to the office of 37 Signals, Jeff Bezos said, “to be consistently objective, one has to be objectively inconsistent.” I find this perspective very refreshing that is applicable to all things and all disciplines in life beyond just product design. As a product designer you need to have a series of […] 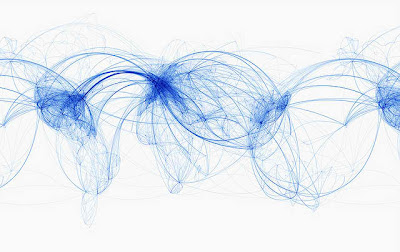 Data Scientists Should Be Design Thinkers

World Airline RoutesEvery company is looking for that cool data scientist who will come equipped with all the knowledge of data, domain expertise, and algorithms to turn around their business. The inconvenient truth is there are no such data scientists…

Data Is More Important Than Algorithms

Hubris and the Data Scientist

ReadWriteWeb‘s Joe Brockmeier captures a recurring issue from last week’s O’Reilly Strata conference, asking “Can Big Data replace domain expertise?” According to Brockmeier, the audience (of data scientists) apparently narrowly agreed that their arsenal of tools and algorithms trumped the knowledge and experience of the meteorologists, financiers, and retailers to whose domains data scientists are increasingly […]