The presentation I just delivered here at Defrag is now on slideshare, in case you want a look. Why Linked Data? View more documents from Paul Miller. (Cross-posted @ Cloud of Data) 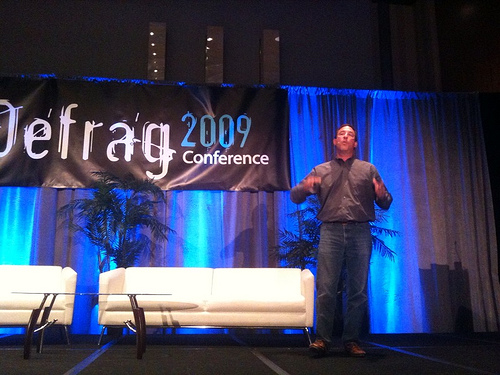 Andy Kessler and the Rise of Feudalism 2.0

I wasn’t going to liveblog the defrag conference – I figured I’d partake more. The opening session this morning kind of changed my view of that. Andy Kessler gave the opening keynote that he entitled “Be Solyent, Eat People” Eric Norlin, the organizer of defrag made a smart choice with Kessler – he’s brash, opinionated […] 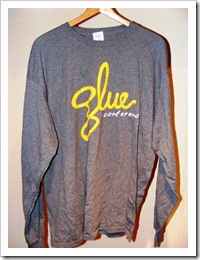 Defrag is one of the well attended conferences, organized by Eric Norlin. Just check out the conference agenda to see the value one can get from Defrag. The closing keynote by some of the Cluetrain Manifesto people itself makes the conference worth attending. Among myself, Ben and Zoli, we have attended many of Eric’s conferences […]

Some Conferences Are Worth Attending Even in Bad Times

Layoff news day by day, major conferences are getting canned  left and right. In lean times, the Conference-in-the-Cloud concept starts looking more and more attractive.  Still, there’s no true substitute for real, live, face-to-face discussions and networking. Except it does not really happen at a lot of major conferences: session rooms are often deserted, there’s […]

What’s a Web Conference Without the Web?

Le Web is  Europe’s largest Web 2.0 conference, with 1,800 participants from all around the world coughing up $2K each to listen to sessions, mingle, and to demo their startups to their peers, media and VC’s.  It’s considered a gathering of influencers,  so much so, that 2 years ago then Presidential Candidate Nicolas Sarkozy found […]

Next week I’ll be in Denver, attending Defrag, a boutique, intellectual, intense, very participatory conference.  I’m attending despite the fact that I’ve cut down on conference attendance, not because of the current economic turmoil, but largely due to burnout.  After a while they just all feel the same: empty session rooms, bored exhibitors, people just […]