Using Route 53 Amazon’s DNS Service for the Cloud Route 53 is Amazon’s answer to a high availability and scalable DNS (Domain Name System) web based service. While there is no DaaS (Domains as a Service) in the formal cloud nomenclature it makes sense to have a globally distributed Domain Name Service that can work […]

By Krishnan Subramanian on December 5, 2010

Amazon Web Services (see previous CloudAve coverage) today announced the beta release of their new DNS service, Route 53, as a part of their offerings. Unlike many others, Amazon is not resting on their laurels and the large marketshare in the public cloud market. Instead, they are innovating at such a pace that their competitors […] 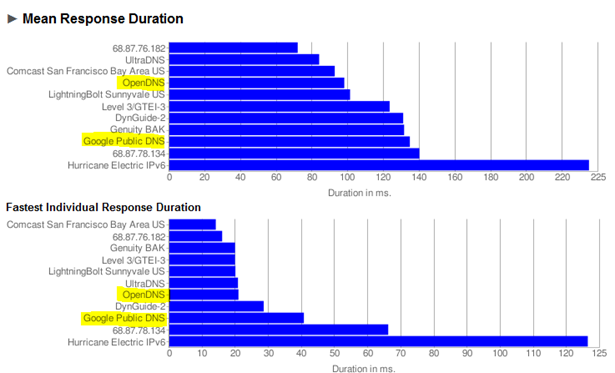 Living in the Clouds – OpenDNS

By Krishnan Subramanian on February 9, 2009

Image via CrunchBase In this edition of Living in the Cloud series, instead of talking about a cloud based tool, I am going to talk about a solution that ensures your life in the Clouds safe. OpenDNS is a free DNS provider that also ensures the internet experience with some security tools like content filtering, […]