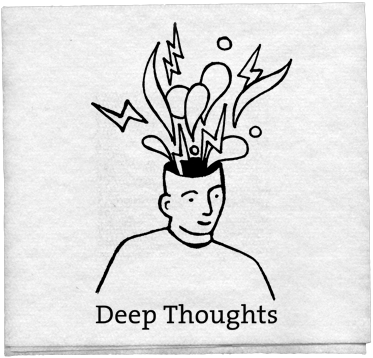 Thoughts from the Enterprise 2.0 Conference- June 2011

I just came back from the E2.0 conference in Boston which as usual was a fantastic gathering of really great and smart people.  I arrived late Monday evening and had meetings pretty much all day on Tuesday.  I had the opportunity to attend a few sessions on Wednesday and made sure to get plenty of […]

Earlier this year at the Enterprise 2.0 conference “platform” was the name of choice. Seemingly every company I spoke to was a platform player. It seems the latest “fart on demand” iPhone application is a “platform for virtual flatulence generation”, that the latest Twitter clone with negligible uptake is “a platform for global collaboration” and […]

In a couple of weeks I’ll be winging my way to the Enterprise 2.0 conference in San Francisco. As part of the conference, there is a launchpad series where start-ups get to produce a pitch video and have the community vote for their favorite. It was this same launchpad program that YouCalc won at […]

In two weeks time I’ll be winging my way across the world for the inaugural San Francisco holding of the Enterprise 2.0 conference. As is the norm before large events like this, the emails have started pouring in already asking for times for briefings on products and services to be released during the conference. In […]

Where is YOUR data?

I posted recently about the increasingly positive news that cloud email providers have been gearing – large scale rollouts, more consumer acceptance and adoption by enterprise all point to a growing validity of the model. My post, and some conversations I’d been having prior to it, kicked off a storm of correspondence including this email […]

Spending a week in Boston at the Enterprise 2.0 conference recently was great. Despite the plethora of channels open to us today (at the moment I have email, Twitter, IM and voice open in front of me) there is no replacement for face to face contact. This is never more so than for someone like […]

How to Build Collaborative Software That People Will Actually Use

Image via Wikipedia Live blogged from the Enterprise 2.0 conference in Boston Gentry Underwood, the head of Knowledge sharing at design house IDEO claims that designing solutions that work requires finding the triggers that drive individual motivation. Designing simplicity and intuitiveness into the UI and building the solution to integrate into existing workflows. The very […]