Image via Wikipedia One of the biggest selling point for Windows Azure platform is the ease with which the applications can be developed using their Visual Studio environment and deployed in the Azure platform. Today, Amazon announced AWS toolkit for Eclipse, an open source plugin for Eclipse Java IDE. This makes it extremely useful for […]

Rich Wolski discusses Grids, Clouds, and the past, present and future of EUCALYPTUS

Rich Wolski is a Professor in the Computer Science Department at the University of California, Santa Barbara, where he heads the Eucalyptus Project. Rich joined me at the end of last week for a conversation about Eucalyptus, and the result has just been released as one of the podcast series I’m continuing to produce for […]

VPNCubed Available For EC2 Including A Free Version

During October of last year, I wrote a post about a new product that was launched called VPNCubed. In fact, it is my opinion that VPNCubed will play a major role in helping enterprise customers move to Clouds. Today’s release of VPN-Cubed will offer a security perimeter covering the IT assets deployed in any kind […]

Managing EC2 Instances On the iPhone

By Krishnan Subramanian on February 27, 2009

Image via CrunchBase Ever since I bought my iPhone, I wanted to have an app that will help me manage Amazon EC2 instances through it. After I bought my iPhone, I have stopped taking my laptop and data card everywhere to manage any emergencies in any of the servers I manage. I use pTerm application […]

Image via Wikipedia As Cloud evangelists, we never shy away from talking about how New York Times used Amazon EC2 to convert full page images of its newspapers from 1851 to 1922 into PDF using Amazon EC2. In fact, this is one of the early cloud success stories. Using Amazon Web Services, Hadoop and our […]

IBM Amazon Team Up To Offer IBM Middleware on EC2

By Krishnan Subramanian on February 11, 2009

Image via CrunchBase After announcing some cloud related intiatives yesterday, IBM has teamed up with Amazon Web Services to offer IBM middleware products on EC2 running Suse Linux. This includes IBM DB2, IBM Lotus® content management, and IBM WebSphere® portal. This is significant for Amazon as it helps them to position themselves as a serious […]

By Krishnan Subramanian on February 10, 2009

Image via CrunchBase The recent Rackspace Survey clearly hints at a lack of awareness about Cloud hosting among small businesses. I thought I will take upon this opportunity to push this idea further in this space. If you are a small business owner and if you rent dedicated server(s) from a data center, this post is […]

By Krishnan Subramanian on January 8, 2009

Image via CrunchBase Amazon Web Services today announced the release of Web based AWS Management Console. This helps users manage their EC2 instances easily. Amazon is also planning to release load balancing, auto scaling, S3 support, etc., through this console. Users don’t have to figure out their public/secret keys and certificates to launch an instance. […] 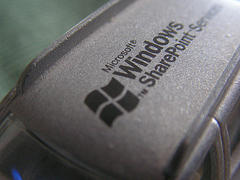 You Can Run Windows Sharepoint on Amazon Cloud, But Why?

By Krishnan Subramanian on January 8, 2009 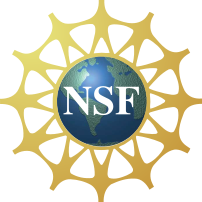 Image via CrunchBase With PDC in the horizon and the expected cloud announcements by Microsoft, Amazon just took a giant step forward in positioning its cloud offerings to be ready for enterprise adaption. Today they made quite a few announcements that is likely to gain the enterprise attention. Amazon EC2 is officially out of beta […]