The Law of Attach Rates, And Why Partners Can’t Really Move the Needle For You (Directly)

I want to spend a little time on some learnings about Strategic Partners in SaaS.  First, let me be clear — to make it in SaaS, you’re probably going to need to achieve real success with Strategic Partners.  Because it takes a Village.  And because your partners will likely, through integrations in particular, make your […]

One of the most important operating metrics in your SaaS start-up, if you aren’t predictably cash-flow positive, is your Zero Cash Date (“ZCD”). You hear a lot about SaaS metrics, but this one doesn’t often come up.  It should, and should be very near the top of the list of core metrics. Your Zero Cash […] 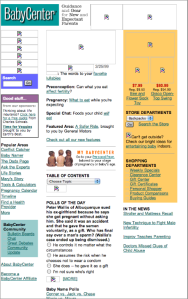 If You Go Small, You’ll Never Have a Legacy

Small can be beautiful in start-ups.  Take no venture capital, build an eight-figure business, put the profits all in your backpocket.  You can end up having a villa in Italy full of Pagondis, like the Basecamp guys.  Boom. But. The

Last night, David Hornik of August Capital was kind of enough to invite me to speak with him on a Technology and Law class at Stanford.  After the event, an entrepreneur I had been emailing with but hadn’t met yet came up to me.  While his company is in a different space, I was struck […]

Adobe System Incorporated announced a few hours back that they have acquired EchoSign (see their blog post), the Palo Alto based company offering electronic signature solution. According to the company, EchoSign’s solution will be part of the Adobe document exchange platform for exchanging documents for universal access, review and approval. The solution will also be […]